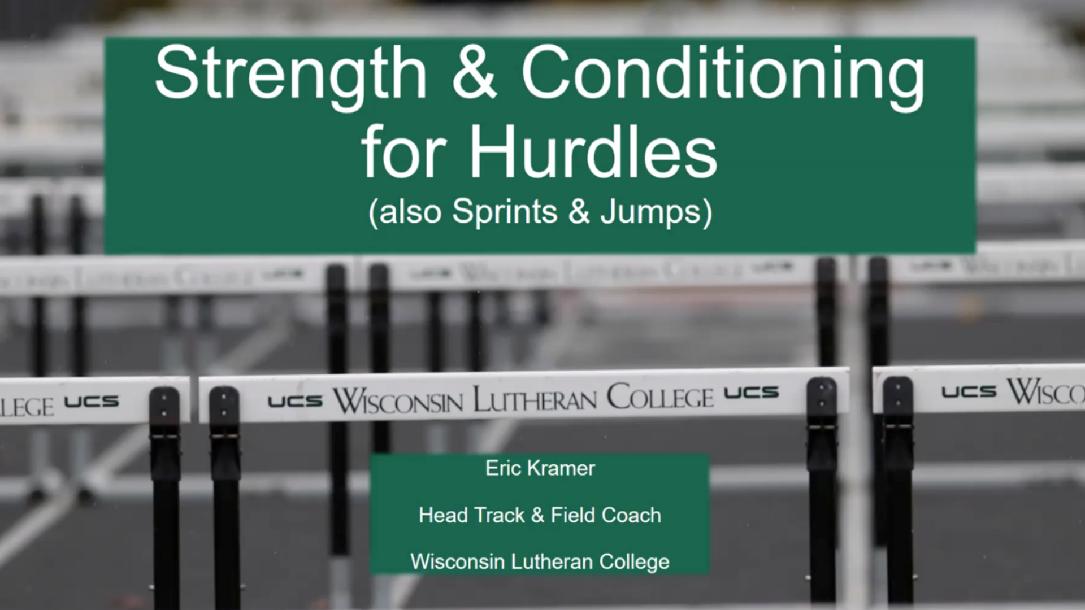 In this course, Coach Eric Kramer discusses the strength training & conditioning program he incorporates into his track & field team. A program that is beneficial to not only hurdles but sprints & jumps as well. He demonstrates drills and exercises that can help elevate the performance of athletes. He breaks down the principles of progression, overload, variation, and recovery.

Simply click the ‘Book This Course’ button at the top right of this page, place your order, and you’ll immediately be logged into the training with full access. Take a look at Coach Kramer's strength training for hurdlers today.

Eric Kramer recently finished his third season as head coach of the Warriors' men's and women's track & field teams. Kramer succeeds Shelby Spaciel as the third head coach in the program's 29-year history. In three seasons as head coach, Kramer has coached his athletes to 12 individual conference champions, earn 60 All-Conference awards, and break 27 school records. During the 2022 indoor season, Kramer coached Kendra Schumacher to the program's first All-American award, finishing 4th in the 200m at the NCAA Division III Indoor Championships after finishing 9th in both the 100m and 200m at the 2021 Outdoor Championships. Schumacher led the North Region with the top times in the 60m, 200m, and 400m during the 2022 indoor season.

You just booked "Strength Training for Hurdlers with Eric Kramer"