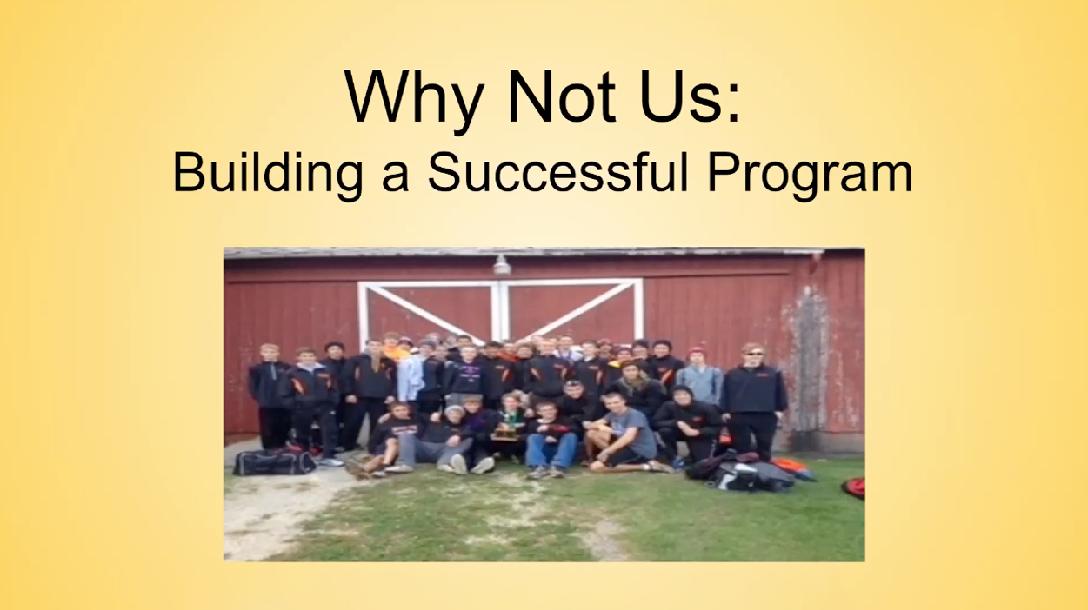 Want to learn how to build a successful program? Well, you've come to the right place! In this course, Coach Chris Bosworth reveals everything you need to know to create a championship culture and make your team successful. He covers topics such as:

On top of all of that, he even has a Q&A section that answers most FAQs.

Chris Bosworth graduated from North Central College in 2005 with a degree in physical education. While at NCC, Chris ran on two top 3 teams in cross country and was the individual conference champion his senior year. Also, his senior year, coach Bosworth earned All-American status in cross country. After college, coach Bosworth started coaching at Lake Park High School in 2006. In 2009, Chris took a job as a Wellness teacher and Head Cross Country coach at St. Charles East High School. Coach Bosworth started coaching with 24 athletes and now has teams that average between 55-70 athletes per year. Chris Bosworth has preached a team-first mentality since taking over the program. His teams have adopted the motto of For Each Other. “Training and racing for something other than themselves” is what coach Bosworth explains to his teams. Along, with a team-first attitude, coach Bosworth expresses that in distance running, every athlete can have success. Just because an athlete is not on the varsity seven, does not mean that they cannot have a successful season. In 2013, coach Bosworth’s team won its first conference title in cross country and qualified his first individual athlete in Max Rowland. Since then, coach Bosworth’s teams have won 5 conference titles, 7 Regional titles, 3 Sectional titles, 1 IHSA state title, and 1 Shazam XC Championship title. During the 2019 season, coach Bosworth’s team finished 4th at the Nike Cross Country National Championships. Chris Bosworth lives in St. Charles with his wife Christine and twin daughters Olivia and Erin.