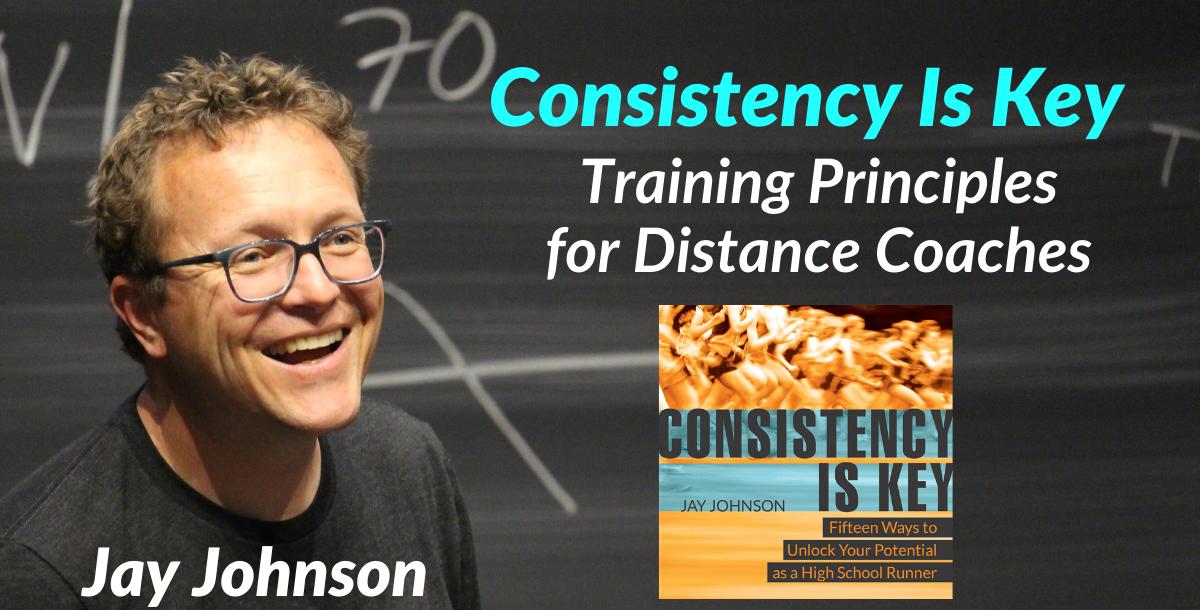 Learn how to use Coach Jay’s car analogy – Build the Aerobic Engine, Strengthen the Chassis, and Rev the Engine - to reinforce why you’re doing what you’re doing.

Learn why long runs, which are crucial for most of your athletes, shouldn’t be used for your newest runners. Instead, Coach Johnson explains how to use running circuits to both build their aerobic engines and strengthen their chasses. He’ll also tell you where to find these workouts on YouTube. Included in this video package is a PDF listing all the exercises in the three circuits.

Finally, learn why Coach Johnson doesn’t have athletes do threshold runs when they first start working with him. Threshold runs are useful, and in this video you’ll learn why they come after the first three key engine building workouts.

Finally, at the end of the video, there is a special discount exclusively for CoachTube viewers to get copies of Coach Johnson’s book Consistency Is Key: 15 Ways to Unlock Your Potential as a High School Runner for their athletes.

Jay Johnson has coached collegiate, professional, and adult runners for two decades. He was a walk-on athlete at the University of Colorado in 1994. In 1998 he was the seventh runner on the varsity team chronicled in Chris Lear’s Running with the Buffaloes. That spring, he was named the Male Scholar-Athlete for the Athletic Department, while simultaneously earning his M.S. in Kinesiology and Applied Physiology.

Johnson started his career as the head track and cross country coach at Pratt Community College in Pratt, Kansas, before returning to CU to serve as an assistant cross country coach, middle-distance coach, and recruiting coordinator. After eight years as a collegiate coach, Johnson transitioned to coaching post-collegiate athletes, three of whom won USATF titles, the most notable being Brent Vaughn, who won the USATF 2011 Cross Country championship.

Johnson is deeply involved with high school running. He is the director of the Boulder Running Camps, which he started in 2002, and is sponsored by Nike. Johnson’s Coaching Runners Podcast and CoachJayJohnson.com are resources that serious high school coaches use to hone their craft. Johnson’s Boulder Running Clinics event attracts coaches from throughout the USA. His popular YouTube channel has close to 2,300,000 views, with runners of all ages using this resource to learn exercises and routines needed to gain the strength and mobility necessary to remain injury-free.

Johnson’s second book, Consistency is Key: Fifteen Ways to Unlock Your Potential as a High School Runner, has been called “the ideal manual for a high school runner.” Coaches have said, “My runners have DEVOURED IT! Many have repeated snippets and phrases back to me as we do our summer workouts.”

A voracious reader and passionate mountain biker, Johnson lives in Arvada, CO with his two daughters.

Great and very helpful! Will give me some very specific things I can say to my athletes and work on them with. The book is a great companion.

Fantastic course that accompanies Jay's book. Every parent, athlete, and coach should read the book and follow up with the course. Jay always nails those Core Principles you must constantly be cognizant of whether you are a parent, athlete, or coach. Whether you're supporting an athlete at home, doing the training, or writing the training, Jay always provides such lucid clarity on where the focus should be. Consistency is Key and watching and reading and rereading often provides that guidance that needs to be learned or relearned. Great stuff!