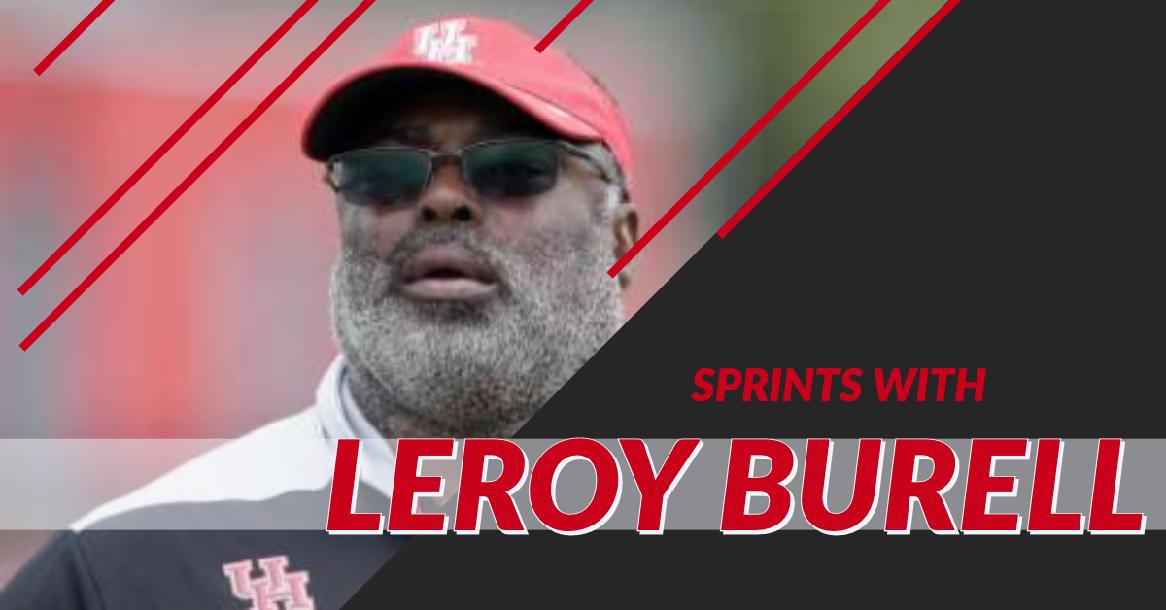 This nationally premier track coach shares his sprint training and coaching strategies that have made 155 NCAA All-Americans. From start and sprint mechanics to drills and workouts, Coach Burrell knows what it takes to coach an athlete to the Olympics.

Leroy Burrell enters his 22nd season as head coach at the University of Houston. A former world record holder in the 100 meter dash and a former student-athlete, Burrell is one of the nation’s premier coaches. In nearly two decades of Burrell’s leadership, Houston has added 155 NCAA All-Americans and a combined 39 team conference championships to the record books. He was named C-USA Coach of the Year 23 times and American Athletic Conference Coaching Staff of the Year 10 times. In recognition of his outstanding career as a world-class sprinter and collegiate coach, Burrell was inducted into the Philadelphia Sports Hall of Fame in 2008 and the Southwest Conference Hall of Fame in 2019.

In 2019, Houston showed little signs of slowing down earning its second straight third-place finish at the NCAA Outdoor Championships behind a trio of podium finish performances. Trumaine Jefferson capped off a stellar career with second-place finishes in the long jump at both the indoor and outdoor championships, the men's 4x400-meter relay squad finished third in the event in Austin and Kahmari Montgomery capped off his collegiate career with a National Title in the 400-meter. The women's team would see its hardwork come to fruition as the 4x100-meter squad ran a program record 43.48 at the NCAA Championships, qualifying for the championships for the first time since the 2015 season.

Amazing talk about mechanics first before everything else. Can't run fast or faster unless you know how to.