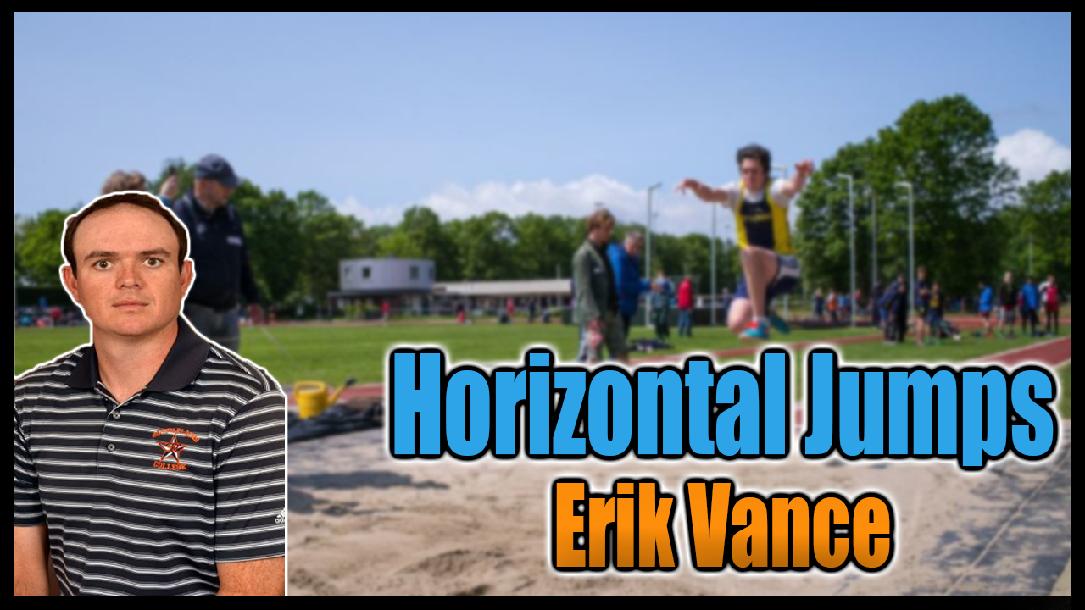 1 An Introduction to Coach Vance's Thoughts on Horizontal Jumps 0:00 2 The Importance of Trial and Error 0:00 3 Speed is the Most Important Factor 0:00 4 Consistency 0:00 5 Building the Run 0:00 6 An Incorrect Run-Up for the Horizontal Jumps 0:00 7 The Penultimate Step Should be Natural 0:00
Questions and Answers
8 How to Help a Young Jumper that Can't Hit the Board 0:00 9 Improving the 2nd Phase of the Triple Jump 0:00 10 Switching the Takeoff Foot Between Long and Triple Jump 0:00 11 What is a Horizontal Jumpers Focus in the Weight Room 0:00 12 How many Full Run Days do you have in a week of Practice? 0:00 13 How Long Should the Penultimate Step be in the Long Jump? 0:00

Erik Vance enters his fourth season as the head coach of the South Plains College track and field program. In his first season at the helm of the program, Vance continued the Texans' reign of perfection when he guided the Texans to their 11th consecutive NJCAA Men's Outdoor National Championship in Hutchinson, Kansas. For his efforts, Vance was named the NJCAA National Men's Outdoor Track and Field Coach of the Year.  Vance served as an assistant coach for South Plains during the 2015-16 season, playing a crucial role in helping the Texans capture their 10th consecutive NJCAA Outdoor title. Vance will take over for former head coach Chris Beene, who stepped away to enter private business after 12 successful seasons at the helm, where he compiled 32 NJCAA track and field, cross country and Half Marathon championships.

The Horizontal Jumps: What`s Important and How to Implement by Nic Petersen
Views: 3094
$34.99