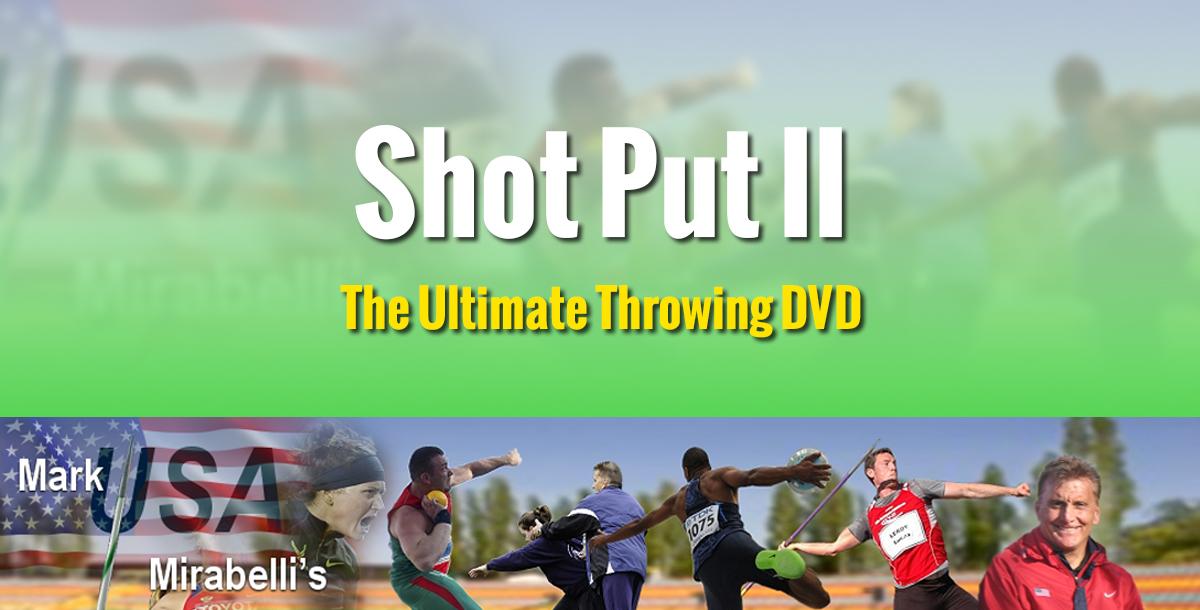 Coach Mirabelli outstanding course is for both the coach and athlete who needs a solid understanding to learn the event before long throws can come! The drills are demonstrated by former Olympic hopefuls. Everything you need to teach your throwers is right here!

Coach Mirabelli has put together an outstanding method of learning the Shot  Put, Discus and Javelin. A step- by- step approach for all learning levels. The Shot Put II: The Ultimate Throwing Course starts with Core running, Dynamic warm-up, upper and lower body stretches, and learning how to throw the implement from the ground up and upper body plyo's and some weight lifting!

Each Chapter will take you through how to hold the implement  to the complete throw. A breakdown of 100's of necessary throwing drills using Dartfish Analysis to demonstrate the correct body positions for correct flight. Drills for each position are demonstrated in slow motion, side and above view given with necessary sets and reps.one must do in order to develop strong muscle memory.

Founder of the Mark Mirabelli Track and Field Clinic

Coach Mirabelli has presented at many national clinics in the USA, with 40 years of coaching experience and trained thousands of athletes over the US. Mirabelli's method and expertise in the Shot Put, Discus, and Javelin … Works!

Coaching Accolades:
- Throwing coach at the Prestigious Willingboro HS: Over all record of 164-0 National Record
- Coached 16 All-American throwers in the Javelin
- Coached 3 National Champions in the Discus and Javelin
- Coached one 3rd place finisher in the Shot Put Nationals
- Head Coach at Hamilton West HS 17 years record 144 wins-36 losses
- Selected by the NJISSA as “Outstanding Coaching Award for Dedication in NJ Track & Field” 2006
- Selected to participate in the 2006 Gill/OTE Javelin Symposium in Chicago for Javelin Research among the best in the USA and Finland
- Coached 100’s of student athletes in the Shot, Discus, and Javelin to full and part Scholarships