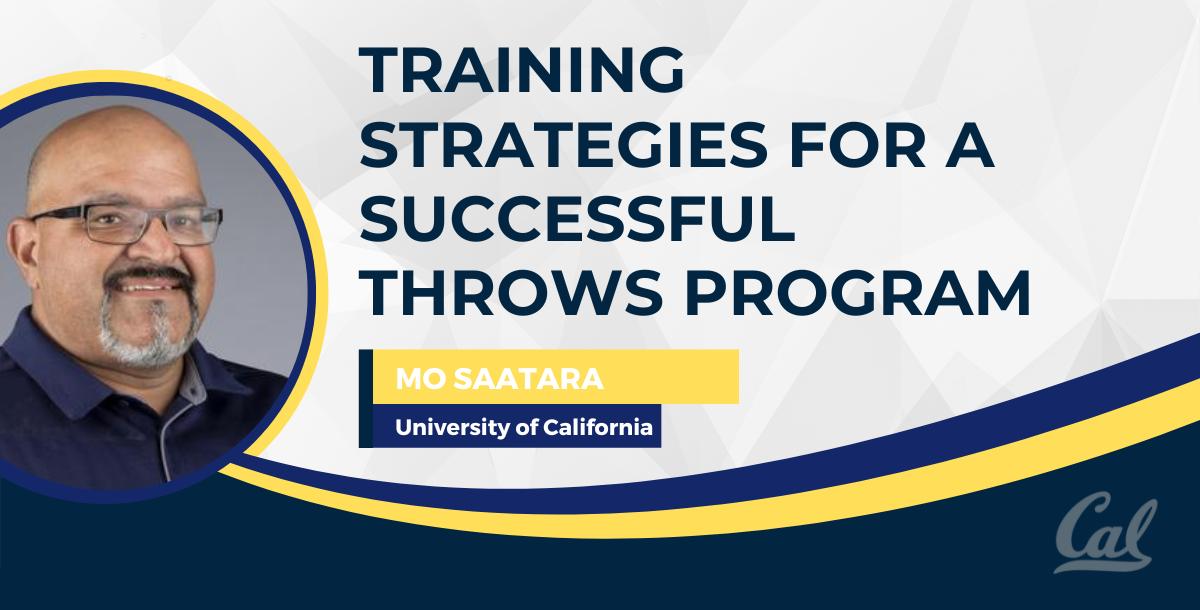 Mohamad Saatara enters his ninth season with the California track & field team in 2021-22. He joined the team in August of 2013 as an assistant coach for throwing events.

In Saatara’s latest season, Pac-12 champion Camryn Rogers stamped her mark in collegiate history by breaking the all-time hammer record and meet record – twice – at the NCAA Outdoor Championships to earn All-American status, capping off the year with a fifth-place finish at the 2020 Tokyo Olympic Games, which was the highest-ever finish by a female Canadian hammer thrower; Saatara was subsequently recognized as an Olympic Coach and received an Olympic ring to acknowledge his presence and contribution.Saatara has coached and consulted nine Olympians. He has also coached national- and international-level athletes who have set national and international records. Athletes under his care have competed in the Indoor and Outdoor World Championships, USATF National Championships and Olympic Trials, Asian Games and Championships, and CAC Games. He was also retained as a consultant for several national track & field federations and world and Olympic medalists. One of his premier athletes is Golden Bear shot putter Amin Nikfar, whom he has coached since 2006.

Saatara previously served as interim head coach at his alma mater, California State University Los Angeles. He is a former All-American at CSULA where he finished second in the hammer throw at the 1995 NCAA Division II Championships. Saatara holds several national and international coaching certifications and diplomas, including the IAAF/World Athletics Level V Coach (With Distinction), USA Track & Field Level II and III-Throws. He has been a clinician and presenter for the USTFCCCA and other national and international coaching organizations.

You just booked "Training Strategies for a Successful Throws Program"