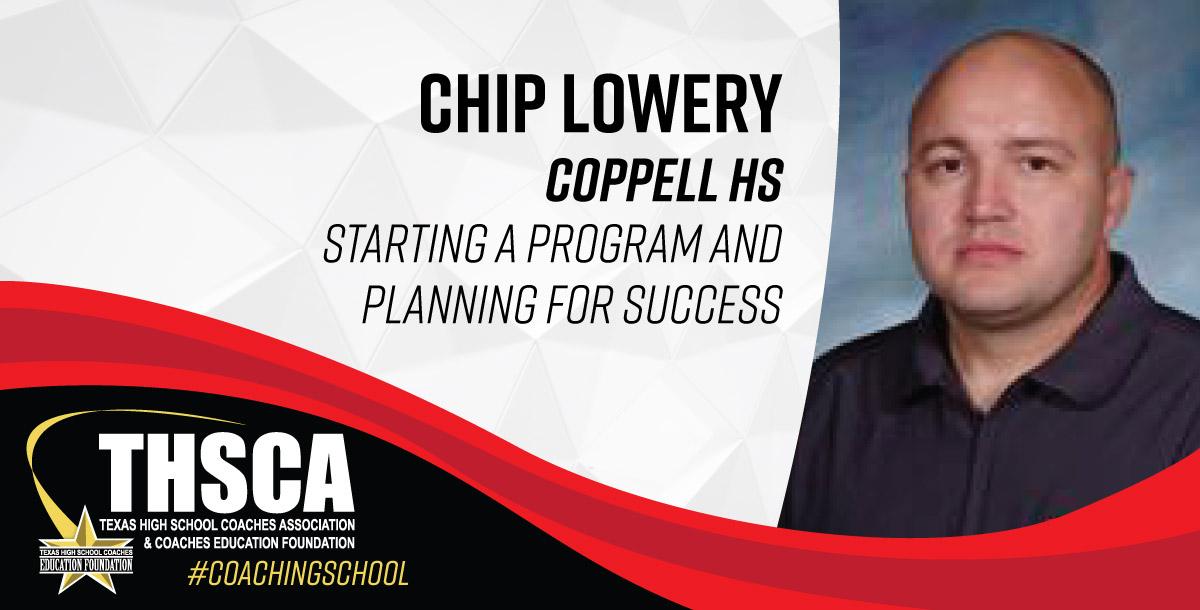 Coach Lowery has been at Coppell for 20 years. Prior to that he coached for 9 years in Florida. Chip grew up in California and finished high school in Florida. He attended Florida State University. He is married to Erika and has one daughter, Emma. During his tenure at CHS, he has been named District, Region, and State Coach of the Year and in 2016 was named to the Texas Wrestling Hall of Fame. This is his fourth time to be a presenter at Coaching School.