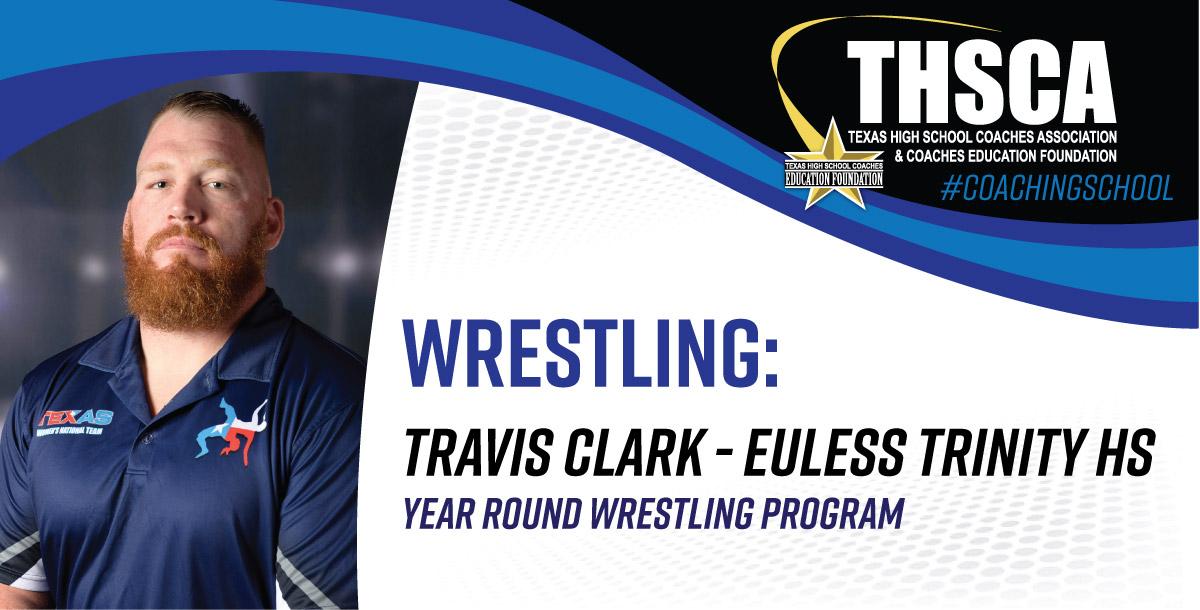 TRAVIS CLARK HEAD BOYS/GIRLS WRESTLING COACH EULESS TRINITY HIGH SCHOOL Coach Clark has been coaching in Texas for the last 13 years. Born and raised in Hoytville Ohio, he grew up in the sport of wrestling. After winning more than 100 matches in High School, he went and served in the United States Marine Corps where he was a 2x member of the All American Wrestling Team and became a 3x USA Wrestling All American in Greco Roman Wrestling. After his discharge, he attended the University of Findlay and accumulated more than 100 career wins and was a 2x Division II All American and a 3x Academic All American for the Roughnecks. For the last 7 seasons, he has been the Head Boys and Girls Wrestling coach at Euless Trinity High School where he has accumulated a dual record of 255-51. During this time, his teams have won 8 District Titles, 4 Regional Titles, State Runner-Up finish, and a 2020 State Championship. Out of his 79 State qualifiers, 18 of them have went on to be UIL State Placers. In addition to his High School Coaching, he has been a member of the Team Texas Coaching Staffs for the last six years on the boys and girls side where they have placed multiple times in USA Wrestling events and has helped produced several All Americans within the state.