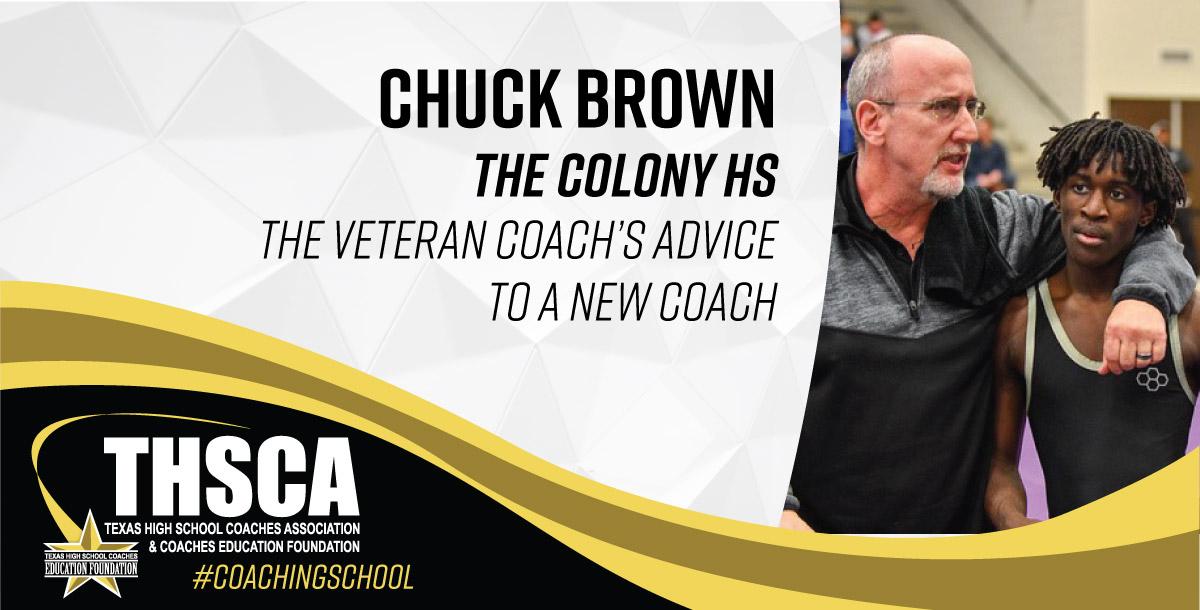 Lecture Title: The Veteran Coach’s Advice to the New Coach

Lecture Title: The Veteran Coach’s Advice to the New Coach

Chuck Brown, Head Wrestling Coach at The Colony, is entering his 26th year of coaching.  He has had stops at Athens, DeSoto, LD Bell, Frisco High, and is starting his 10th season for the Cougars. Coach Brown has 544 career dual wins and has been lucky enough to coach 70 Individual District Champions, 28 Regional Champions, and 11 State Champions.  His teams have won 6 District titles and 2 Regional championships.  He is the former USA Wrestling State Women’s Director, where teams that he was a part of finished in the Top 3 in nation 5 straight years with a National Championship in 2005.  He is a silver certified coach through USA Wrestling He is lucky enough to have coached at the UIL State Tournament, US Nationals, World Team Trials, and the Olympic Trials. His favorite experience in coaching was coaching his son Sam in 2013, when he won the UIL State Tournament and being inducted in the Texas Wrestling Hall of Honor in 2019.  Chuck is married to Kimberly, and they have three boys, Sam (26), Stratton (10), Seamus (5) and a brand new lady, Sloane who is about to turn one at the end of the month.