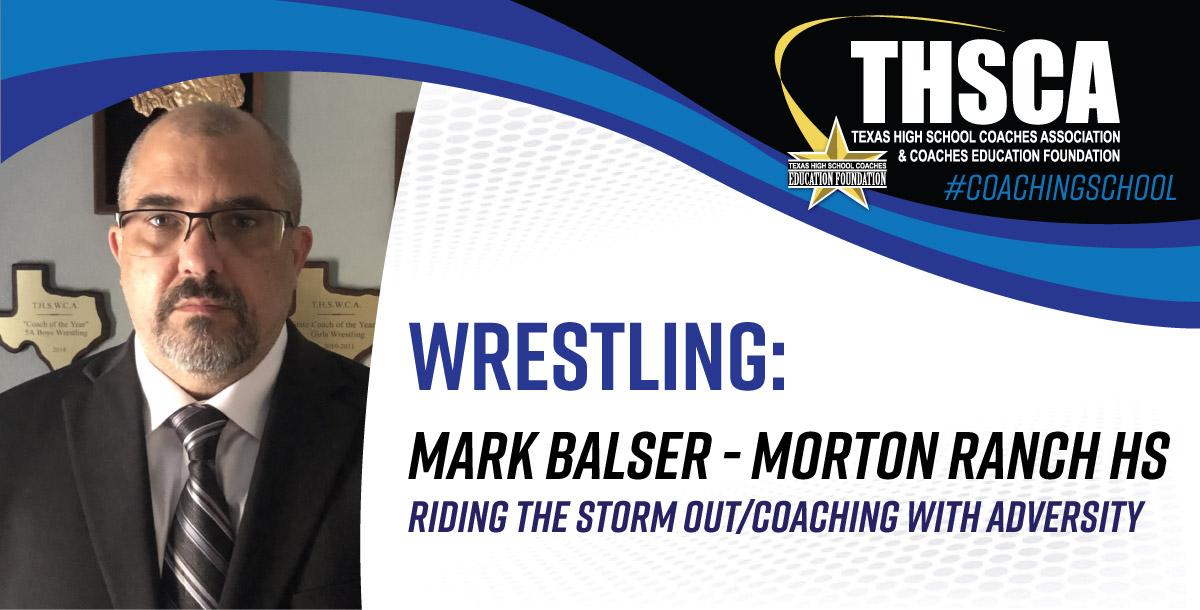 Mark Balser is an Air Force Veteran and has served the past twenty-four years as a teacher and coach in the Katy Independent School District. He is a graduate of Ball State University and holds a Master’s Degree from the University of Houston. He has been head wrestling coach for both boys and girls at Morton Ranch High School for the past sixteen seasons. His program has won twelve District Titles, six Regional Titles, one State Title as well as one State Duals Title. He is the high school coach of current Olympic team member and World Champion, Tamyra Mensah-Stock. Mark has been recognized as wrestling District Coach of the Year eight times, Region Coach of the Year five times, State Coach of the Year twice and Katy Independent School District Coach of the Year once. He was inducted into the Texas High School Wrestling Coaching Association Hall of Honor in 2019.