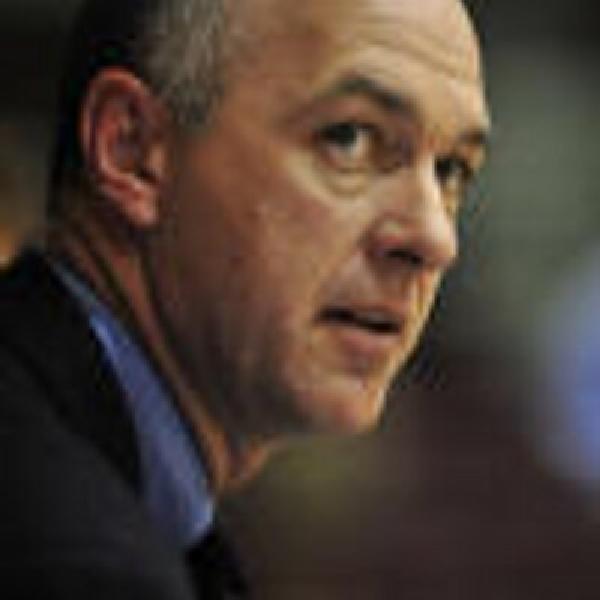 Craig Kennedy was named the head coach of Badger Basketball in June 2018 and is a 38-year coaching and teaching veteran who has coached at Troy University, Georgia Southern University, Auburn University, and the University of Winnipeg. Kennedy has also served as an Assistant Athletic Director for the Badgers since 2015.

Kennedy got his coaching start in his native Canada as an assistant women’s basketball coach with the University of Winnipeg where the program won three Canadian University National Championships and compiling a 101-2 record. Those teams also tied the UCLA men’s basketball record of 88 consecutive wins during that span. Kennedy concluded his time at the University of Winnipeg by serving as the interim head coach and leading the team to a Top Ten finish after the team graduated 97% of its offense from the previous season. Four players from that team went on to play professionally overseas prior to the founding of the WNBA.

Kennedy was also the interim head coach at Trinity Western University (TWU) guiding the Spartans to a third-place conference finish and a No. 13 national ranking. Both accolades marked the best finishes for the women’s basketball team in TWU history. The team set six new school records, and Kennedy was rewarded for his hard work as the runner-up for the 1993 BCCAA Coach of the Year award.

Following a successful coaching career in Canada, Kennedy moved to Auburn, Ala., in 1996 where he coached at Lee-Scott Academy taking the boys team to consecutive AISA Final Fours. Kennedy also coached for two years at the world-renowned Five Star Basketball Camp as well as Don Meyer’s Lipscomb Basketball Camp.

In 2000, Kennedy was hired as the Director of Basketball Operations at Auburn University before becoming the assistant coach for the Lady Tigers under Coach Joe Ciampi. Auburn won the 2003 WNIT championship defeating Baylor in Waco, Texas. In 2004, the Lady Tigers earned a bid to the NCAA tournament where they defeated North Carolina State by 25 before falling to Connecticut who went on to win the National Championship. Five players from that team went on to play professionally. Nicole Louden and Natasha Brackett pursued careers overseas while three post players with whom he directly worked in Marita Payne, Mandisa Stevenson, and LeCoe Willingham went on to the WNBA.

Upon the retirement of Auburn head coach Joe Ciampi in 2004, Kennedy moved from Auburn to Georgia Southern University (GSU) where, as associate head coach, he recruited Ashley Melson GSU’s first-ever member of the SoCon All-Rookie Team and then recruited Carolyn Whitney who was named the school’s first-ever conference Rookie of the Year. Kennedy also coached shooting guard Tiffany Brown who played professionally overseas.

Following his time at GSU, he spent the next six years (2006-12) at Troy University where he worked with Australian Amy Lewis who went on to play in the WNBA. Kennedy recruited Ashley Beverly Kelley for the Trojans who would became Troy’s all-time leading scorer and worked with Sarah McAppion who won the 3-on-3 Asia Cup Championship in 2017 for her native Australia.

Kennedy was active off the court while at Troy, teaching in the Institute of Leadership Development, the Sports Management program, as well as online classes, working with the school’s first-year reading initiative, regularly guest speaking at the HOBY Leadership Conference. He was also responsible for managing the Track & Field venue for the Special Olympics.