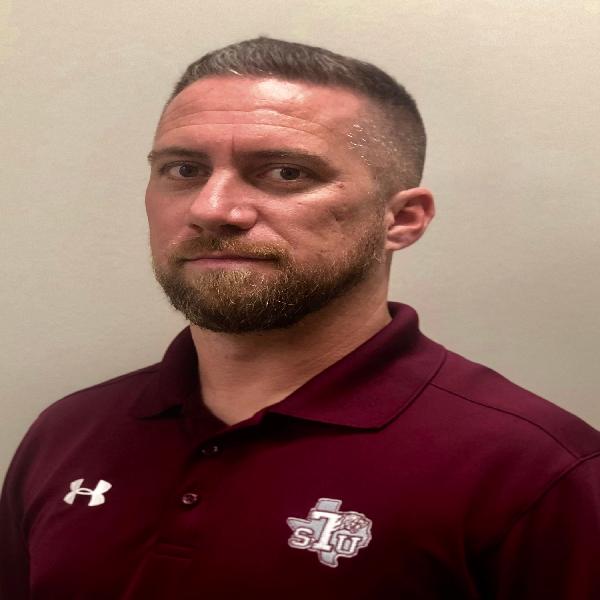 In his second season as Campbell’s offensive coordinator the University transferred into the Big South Conference as a scholarship program. Although the numbers would be down from 2017, the 2018 squad started strong before injuries took hold in the second half of the season.

The offense would be led by two First Team All Conference wide receivers, Caleb Snead and Aaron Blockmon. Snead would go on to be name Freshman All-America and Jerry Rice Award Finalist. Daniel Smith would be named Second All Conference.

Marsh led Campbell’s offense to a banner year in 2017, guiding the Camels to becoming the PFL’s top offensive unit, averaging 436.5 yards per game, a school record. CU was also one of two squads in the PFL to average more than 33 points per game, adding the league’s second highest rushing yards per game total at 228.7 yards per game.

Campbell also set school record for passing touchdowns (21) and passing yards per game (207.8), while hitting the 50 touchdown mark for the second time in the program’s 10 seasons.

Quarterback Daniel Smith was named First Team Freshman All-America by Phil Steele, finishing the 2017 regular season with the fourth-most rushing yards in the country, with his 1,272 yards on the ground leading all FCS freshmen and quarterbacks. Smith also leads the nation in rush yards per carry (9.13), while standing second in rushing yards per game, fifth in points responsible for per game, ninth in total offense, 11th in points responsible for, 11th in rushing touchdowns, 17th in all-purpose yards, 18th in total touchdowns, 20th in passing yards per completion and 24th in scoring.

In addition to being named the PFL’s Offensive Freshman of the Year and Second Team All-PFL, Smith was a finalist for the STATS Jerry Rice Award for FCS freshman player of the year, finishing fourth in the final voting, and was also named to the STATS Walter Payton Award watch list, as well as the College Football Performance Awards' (CFPA) 2017 midseason watch list for the FCS National Performer of the Year Trophy.

Marsh came to Campbell after spending the 2016 season as an assistant at Texas A&M under head coach Kevin Sumlin and offensive coordinator Noel Mazzone.

Prior to his time in College Station, Marsh was a member of Mazzone’s offensive staff at UCLA, coaching inside receivers with the Bruins from 2013-16, also coaching the offensive line in the spring of 2015. With Marsh’s help, UCLA ranked 23rd nationally in total offense in 2014 (467.8), also standing 34th in rushing yards (209.5), paced by the PAC-12’s leading rusher, Paul Perkins.

Marsh spent the 2011 and 2012 seasons at Saguaro High School in Scottsdale, Ariz., serving as passing game coordinator while coaching quarterbacks and wide receivers in 2011, then taking offensive coordinator duties in 2012. The Sabercats won the 2011 Arizona State Championship, and ranked No. 1 in the state in total offense in 2012 (521.3). He coached 2015 Texas A&M Freshman All-American Christian Kirk to two MaxPreps All-American seasons, as well as 2011 Arizona Player of the Year D.J. Foster, who went on to play collegiately at Arizona State, signing with the New England Patriots as a priority free agent in 2016.

Marsh began his coaching career at Mesquite High School in Gilbert, Ariz. under head coach Mike Reardon in 2008, where he spent three seasons. With the help of Marsh, Mesquite hosted the school’s first playoff game in 2009, again hosting in 2010. He coached the state’s leading rusher in 2010, future University of Arizona running back Anthony Lopez, as well as future Northern Arizona University tight end R.J. Rickert, who was an all-state selection and region player of the year in 2010.