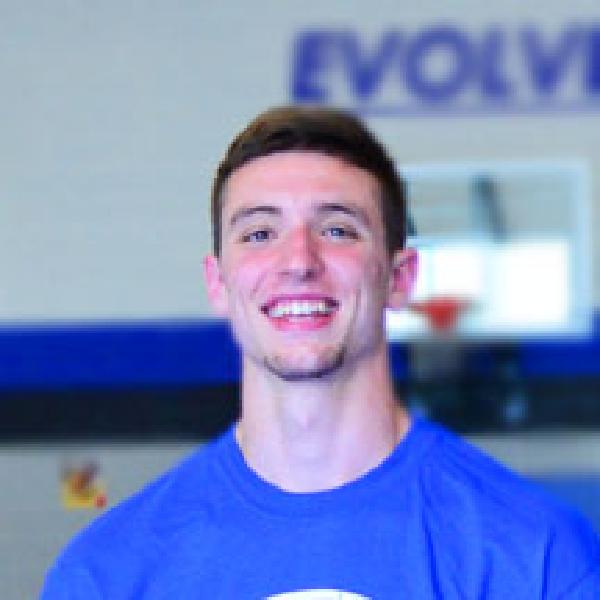 Basketball is the sport that changed my life. This game, and all the experiences that have come with it, have taught me a great deal. Basketball helps develop hard work, teamwork, strong academics, and friendships, which are essential skills and behaviors needed to succeed in life. I am blessed to have found these attributes within myself during my own great basketball journey. Through all the ups and downs, amazing and subpar days, memorable and unfortunate games, and wise and poor decisions, something incredible can always be learned from a little orange ball.

Growing up, I would occasionally shoot hoops at the park or play a game for fun with my friends, but I never had any formal training or attempted to learn the game until I started my freshman year at Annandale High School. Starting out, I was average. I knew nothing about the actual game of basketball, though because I had a knack for shooting, I made the freshman team. After a frustrating year of barely playing in any games, I decided it was time to make a change. I began finding any open hoop and started practicing. I didn’t know what I was trying to accomplish, but I knew I didn’t want to sit on the bench again.

Halfway through the summer a friend of mine, Karl Ziegler, referred me to Evolution Basketball Training and I started training with Alex; he had no idea what kind of mess he was getting himself into. As a player, I had never been pushed before, I simply didn’t understand how to work hard and I had never wanted to quit something so quickly before. Alex stuck with me though and kept pushing me and eventually it clicked. I began to crave the challenge, the hard work, and the tough workouts.

Alex and Evolution Basketball Training not only helped me re-create myself as a basketball player, but as a person as well. The work ethic I was developing while working with Alex was beginning to carry over into other aspects of life. I went from a kid who had average grades and a horrible work ethic in high school, to finishing with straight A’s my junior year and continued to work to transform myself into the player I knew I could be. Even though I never saw a great amount of playing time during my first three years at Annandale High School, the knowledge I acquired and the adversity I learned to overcome have proven to be invaluable lessons as my has career continued.

After my junior year at Annandale High School, I made the decision to transfer to St. Stephens and St. Agnes School. St. Stephens competed at a much higher level than Annandale and they gave me the opportunity to reclassify as a junior, giving me another year to develop my skills before college. I had two enjoyable seasons at St. Stephens under former University of Maryland standout Kevin Mclinton. Coach Mclinton, much like Alex, helped me develop important conceptual aspects of the game.

During the summer of my junior year, Alex put me in contact with a very high level AAU program, East Coast Fusion. East Coast Fusion helped me receive three division 1 offers at the end of that summer: Navy, Gardner Webb, and The Citadel.

I chose Navy because it was the most prestigious school both academically and athletically. I had a tremendous experience playing at Navy for two seasons, and truly absorbed so much about the game. My most memorable moment came from my freshman year playing Army at Army when Reggie Miller said I was one of the best shooters he had seen. Everyone was talking about it after the game and it was definitely a great feeling having one of the greatest shooters of all time say that about me on national television. However, my heart was truly only at Navy for basketball, making it hard to be at a place that pulled my focus away from the game I loved. So I decided to transfer to Nyack College to finish out my playing career where I could focus on basketball and school, the things I am most passionate about.

Through my experiences, I have learned that hard work and dedication are the keys to succeeding in life. If it was not for basketball I do not know if I would have ever learned those two things. I am very thankful to Alex Harris and Kevin Mclinton for always pushing me and molding me into a tougher, smarter player. Because of them I went from an unfocused and undeveloped kid that no one would take time to teach, to a Division 1 basketball player. Now, as I move into the next stage of my life, I really want to pass on all of the things that I have learned about the game to those growing up with basketball dreams. I love training and teaching and hope this is something I can do for the rest of my life.
You should pick at least one course