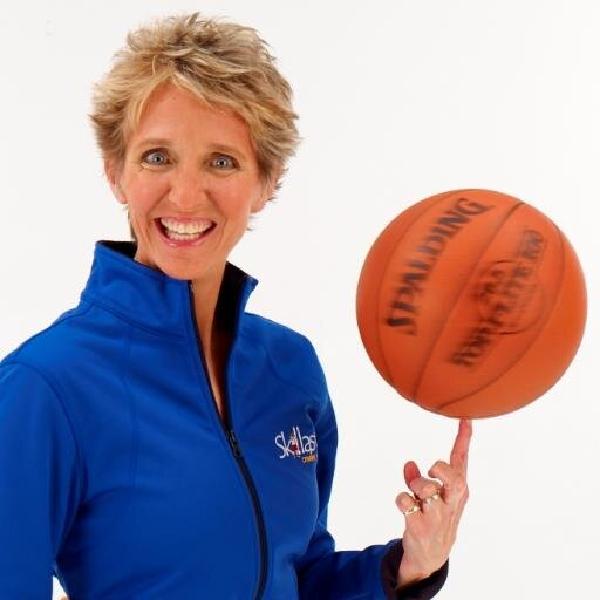 Putting her own spin on physical activity has always been Sandy ""Spin"" Slade’s mission. For over two decades Sandy was considered to be one of the best basketball handlers in the world, performing for thousands at NBA and College half-times, school assemblies and special events around the world. From her teenage beginnings as a basketball-spinning phenom, to her arena-rousing NBA halftime shows, Sandy “Spin” Slade’s performing and entertaining years were only the foundation for her quest to get people moving.

At schools, camps, conferences and workshops worldwide, “Spin” has inspired hundreds of thousands to be active, with her contagious enthusiasm and innovative inventions. Her Skillastics series of fitness and sport skill development games are enjoyed by over 10 million students, and continues to blaze trails, getting children moving in educational settings across the nation and around the world. FITIVITIES adds the newest layer to Slade’s mission: to move her creative games out of the classroom and into the living room, transforming physical activity into the fun, group experience Sandy Slade always envisioned it could be.
You should pick at least one course