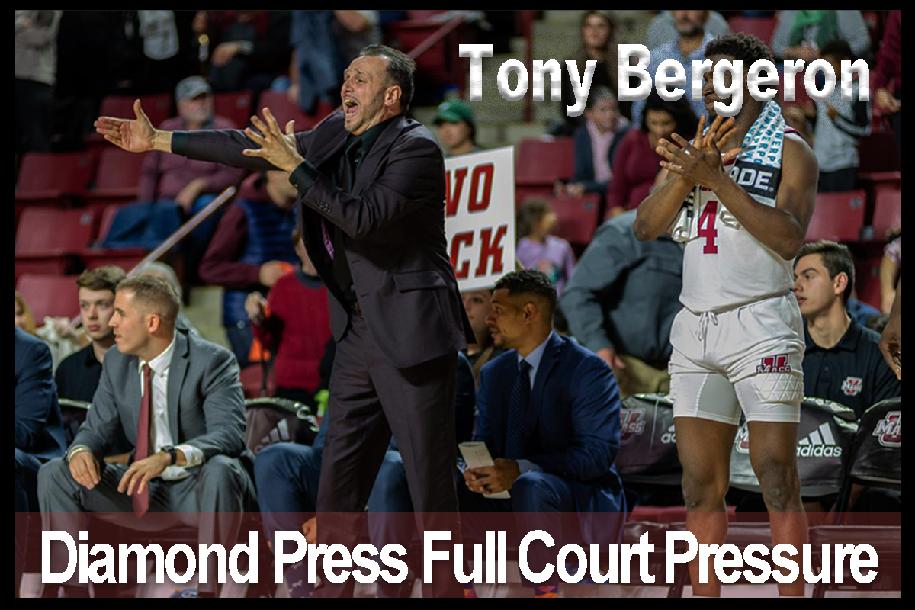 In this course, Coach Tony Bergeron goes in-depth about his pressure defense system in order to give his team a competitive advantage and throw opponents off of their game. Within 5 steps, you will learn how the system can break down the opponent and maximize your edge on the court. Coach Bergeron teaches drills to boost not only competitive/aggressive high energy but also muscle memory and conditioning. Then he goes over the Diamond Press with the 3 main rotations to pressure efficiently while touching on his unique 2-2-1 press.

Coach Tony Bergeron joined Matt McCall’s staff at the University of Massachusetts prior to the 2019-20 campaign. Bergeron joined the Minuteman program after winning over 400 games coaching prep and high school basketball, most recently at Woodstock Academy (Conn.).

At Woodstock, Bergeron coached the Centaurs to a 38-2 record during his final season in 2018-19 as the team jumped to a No. 2 national ranking after posting a 35-5 record during 2017-18. He was also the program director of the Prep Gold and Blue teams at Woodstock.

Bergeron made stops at Commonwealth Academy from 2012-17 after guiding East Longmeadow to its only Western Massachusetts Championship in 2010. Prior to that, he led American Christian Academy (Pa.) and Wings Academy (N.Y.) to USA Today Top-25 rankings and helped The MacDuffie School to a NEPSAC Class E title. For nearly 15 years, Bergeron worked as a program director for the Five-Star Basketball Camp, a camp that has helped produce over 500 NBA and over 10,000 Division I players.