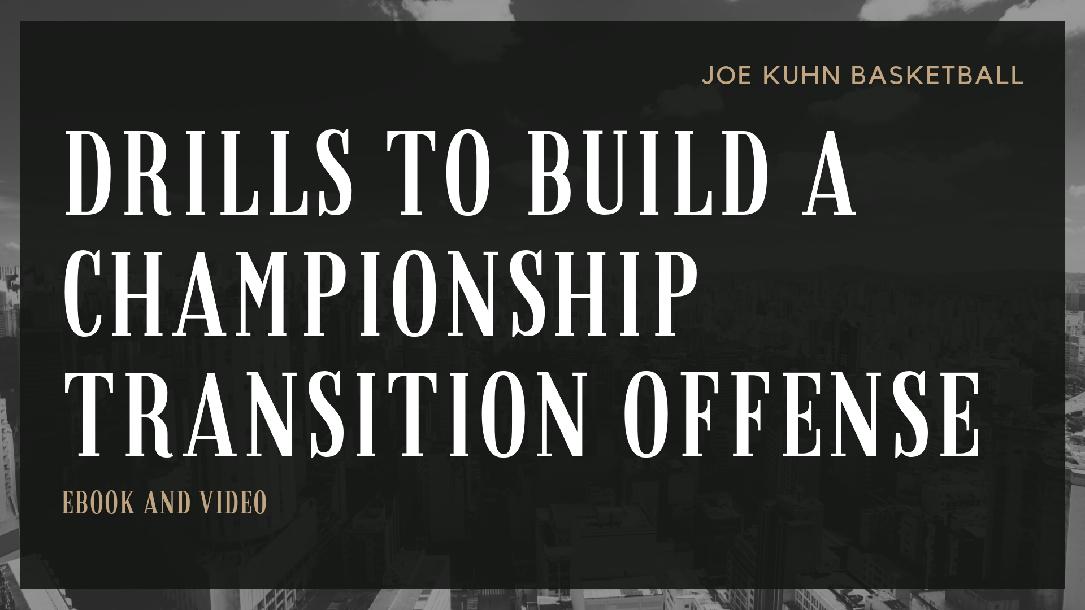 Build a championship level transition offense through the consistent use of these outstanding drills.  In this course, I explain our core transition offense drills through the use of Fast Draw diagrams and practice video.  The practice video demonstrates our players executing the drills and it is their first or second time running the drill.  There will be obvious mistakes that are made but be assured that as the season goes on the drills really become crisp and effective.  I think it is important to show the drills actually being done which helps to put the actual picture in your mind.  I 100% confident that these drills will help your program in developing an outstanding transition offense.

What coaches are saying:

Joe-  Last night I purchased both of your transition videos and I watched them both and loved them.   I was wondering if you run a numbered break and any quick hitters out of your transition?  Would love to hear your thoughts.

"I recently purchased some stuff of yours off of coachtube.com (great stuff by the way)."  Coach Trey Bale

NEW!
2 Side Transition- How to Trigger Offensive Advantage by Brent Tipton
Views: 626
$9.99