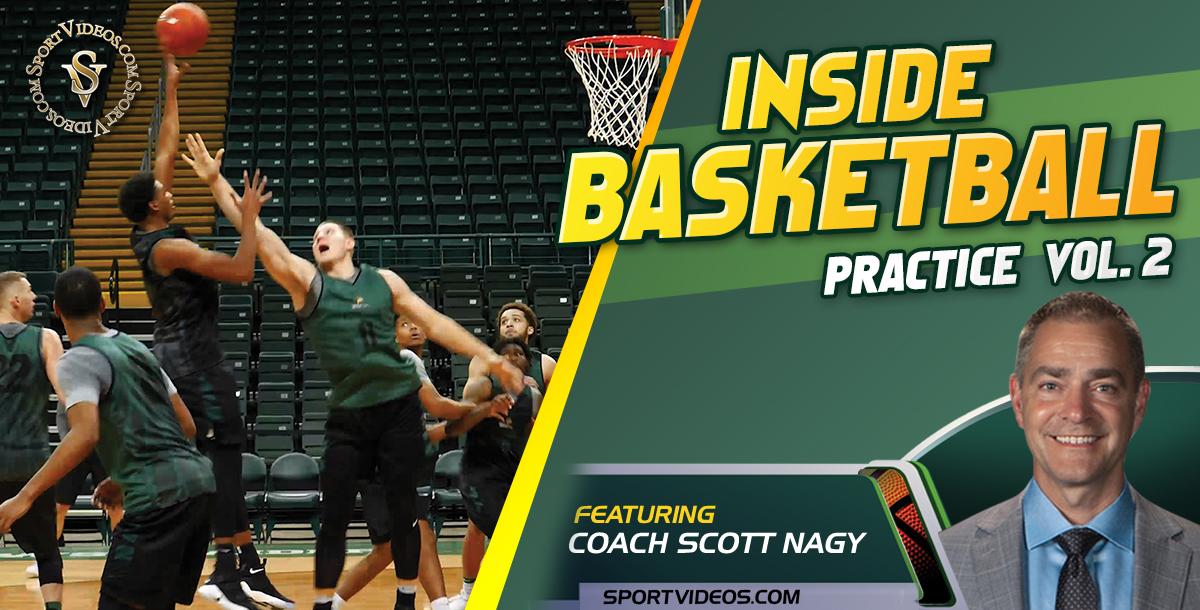 Get another look inside a Division I college basketball practice featuring Wright State University Head Coach Scott Nagy. The comprehensive program covers a wide variety of drills and competitive scenarios. Among the topics covered are: Player Development Drills, 4 Corner Passing and 3 Man Weave, Celtic, 2 on 2, 3 on 2.5 Rebounding, Pop, 4 on 4 Dribble Drive, 4 on 4 Ball Screens, Transition, Half Court Offense and Defense, 2:00 Minute Games and Late Game Situations. This video is an excellent resource for basketball coaches or players at any level of competition. 108 minutes.