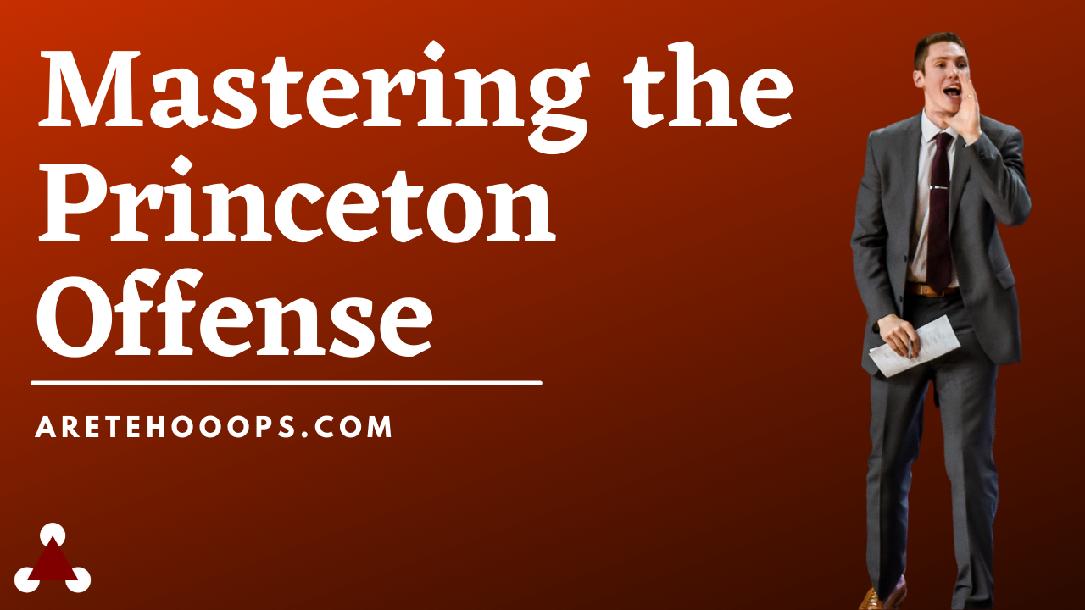 Why Learn the Princeton?

There has never been a better time to learn the Princeton offense!!!

Give your team the tools they need to be an offensive machine. There are 7 key actions in the Princeton that will build your team into an unstoppable force. Learn the secrets of spacing, timing, and movement that will make your offense Impossible to Defend and Scout!!!

This offense will also help you:

Who is Behind this Course?

My name is Quinn McDowell, thanks for checking out Mastering the Princeton Course! Here are a few details about how I came to create this course.

This is the best resource for learning the Princeton Offense on the internet!!!

Learn Princeton Quick Hitters
The Princeton Offense is built on a series of actions and patterns that can look familiar to opposing defenses. You can use an opponent's aggressiveness against them by implementing a series of counters and quick hitters that will take the defense by surprise.

Learn the Breakdown Drills
Princeton actions can easily be broken down into simple drills and small-sided games that allow you to implement these concepts and actions with your team from Day One.

Watch Video Examples of the Princeton in Action
The Princeton System is a beautiful symphony of interchangeable pieces that flow seamlessly together from one action to the next. I will give examples of each individual action so you can see the breakdown of smaller actions and how they fit into the bigger picture. I will also show you how when added together, these actions can make your team nearly impossible to guard.

What Other Coaches are Saying...

Quinn's expertise in understanding and teaching the Princeton Offensive System is unmatched. He helped me implement this offense at the high school level and it has been very effective at helping our team excel offensively! Any coach serious about growing their understanding of the offensive side of the basketball needs to take this course.

Coach McDowell’s mastery of the Princeton offense is a must have for coaches of all levels. His materials included in this course are concise, in depth, and well organized.

Ordering Mastering the Princeton through Arete Hoops has helped me to incorporate the Princeton into our offensive scheme in a simple and effective way. There's no better product on the market.

For the last 4 years I've built my coaching career and now serve as a Division 1 assistant at Lehigh University. In my current role, I've continued to build on my areas of expertise which include:

As a 4-year starter and all-conference selection at the College of William and Mary I scored 1600 points and grabbed more than 500 rebounds while helping our team to one of the best records in school history.

After graduation, I continued my playing career overseas in some of the best leagues in the world. I traveled the world for many years as a pro with stops in Australia, Spain, Latvia, and the NBA G-League.

I run the site aretehoops.com where I write to thousands of followers about all things hoops, leadership, and the pursuit of excellence.

Amazing!!! Quinn breaks down the Princeton Offense in a way that is easy to understand and implement. I can already see so many different ways this will help make our offense more dynamic. Highly recommended to any serious coach who wants to help their team improve.

There is an abundance of information within this course. Having the whiteboard sessions before the live clips eases the application process of the information. Good content!

If you are wanting to input the Princeton offense (or even parts of it) this is the place to start. I wish I had come across this before spending time/money elsewhere. This is the one-stop place for Princeton install, terminology, practice, whiteboard sessions, game footage and in my opinion is the only course you will need. There are other courses out there that will give you bits and pieces, but this is the only course I have found that offers EVERYTHING you need, especially if starting from scratch.

Good course. Explained actions pretty good and gave some breakdown drills to use to implement the offense. Liked the film breakdowns and still breakdowns also.

I really got a lot from the course. Great break down of the building blocks. Definitely helped me learn more about the Princeton offense. I like that there was video, chalk talk and drills that brought it all together.

Great detail and explanation. Love how it breaks down each section and includes ways to implement them into practice.

Coach McDowell does a great job teaching, explaining and showing the Princeton offense so that you can implement all of it or parts of it that fit your team/personnel. I have viewed many Princeton breakdowns over the years and this is one of the very best. I highly recommend it!