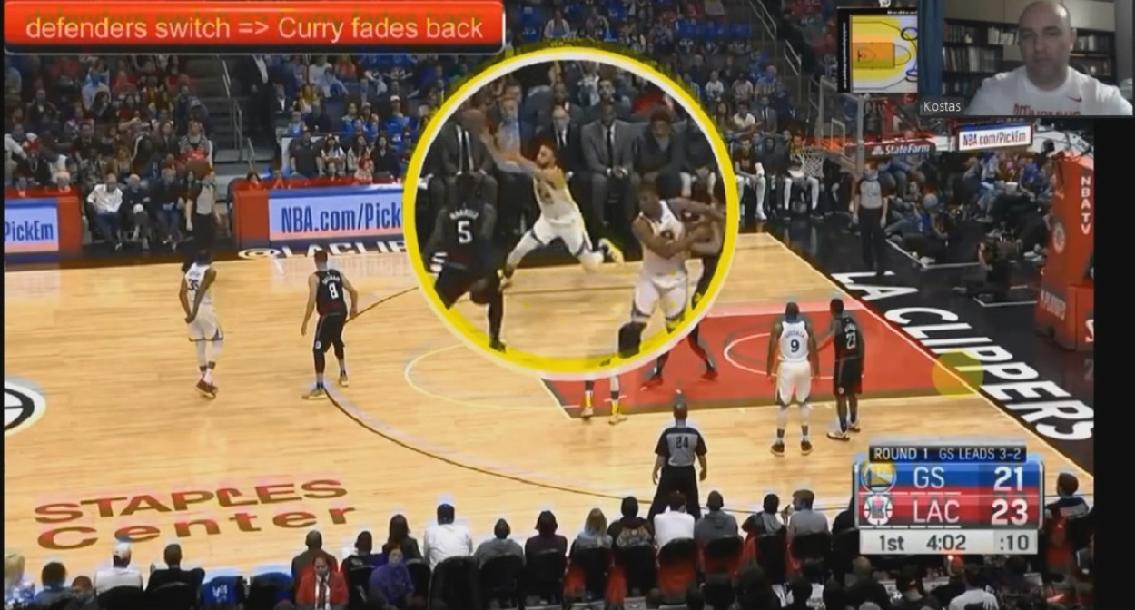 A clinic about reading gaps and using screen reads to score. Having an attacking mindset is crucial for players and they need to be taught how to exploit simple situations in order to get an easy lay-up or an open shot. Using clips and diagrams, game situations are broken down to show the different ways players can improve their off-ball game and get more opportunities to score.

Great clinic about very important things in modern basketball. How to respect the rules of spacing and cutting, how to find proper timing, how to move without the ball to be efficient...? You will find answers on these questions in this course. Very recommended!

You just booked "Moving without the ball: reading gaps & screens"