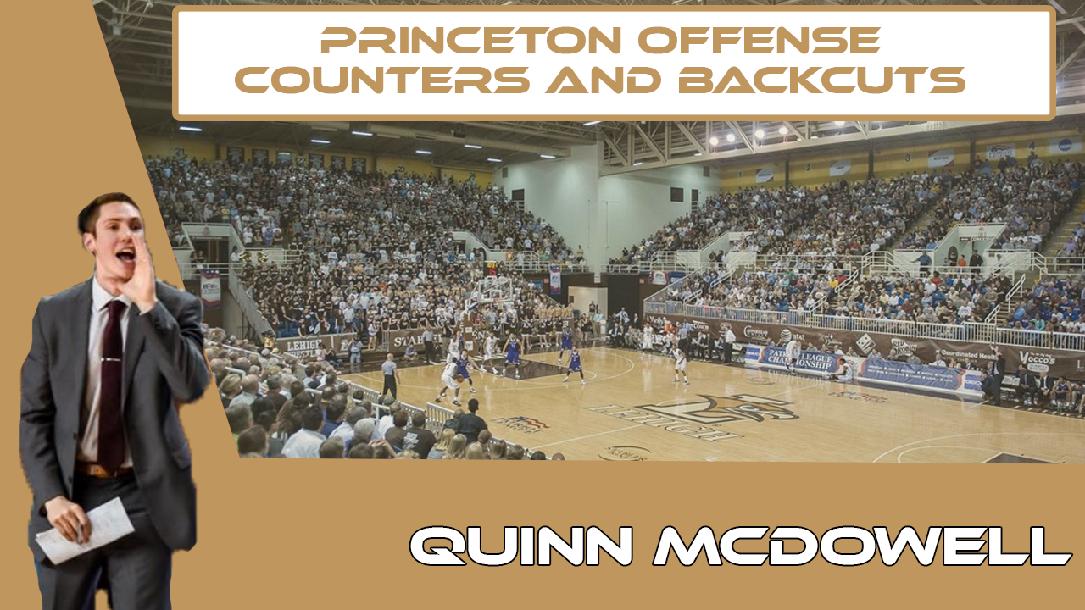 Princeton Offense Counters and Back Cuts

What are back cuts in basketball?

A back cut in basketball is a type of maneuver an offensive player uses to get close to the hoop and escape the defender. If the defensive player is guarding closely against the pass, the shooter can cut to the basket and pick up an easy basket. Back cuts are just one of twelve types of common cuts used by coaches. They help open up the game and pinpoint a defense's weakness.

What is the Princeton Offense?

An offensive basketball strategy which consists of constant motion, different variations of cuts and pick and rolls on and off the ball. Objectively to create opportunities to score the ball. The Princeton offense uses tactics such as the chin, low and point. The chin is also known as a high split option, a great tool for a passing big man. It was used and perfected at Princeton University by Pete Carril. This strategy is designed for players who can shoot, dribble and pass at an above average level. In an attempt to create mismatches, this system makes positions less significant and on the offensive there is no 1,2,3,4 or 5.

The Princeton offense has become very effective and popular as many teams in the NCAA have been known to use the offense as well. Because of its popularity it's become accessible to those who want to use it. Introducing Quinn Mcdowell's program..

Coach Quinn Mcdowell discusses the Princeton Offense and back cuts used at Lehigh. He goes into detail on how to build your offense through philosophy and the Princeton system. Mcdowell breaks down the rod 1 & 2  alignments as well as stab actions.

Simply click the ‘Book This Course’ button at the top right of this page, place your order, and you’ll immediately be logged into the training with full access. You’ll hit the ground running and begin implementing the Princeton offense today!

Quinn McDowell enters his second season as Lehigh's assistant coach in 2020. He went to Lehigh after stinits with Virginia Wesleyan and Taylor University. Mcdowell was a four year starter and two time All Conference selection at William & Mary. He became the first player in CAA history to be named the Dean Ehlers Leadership Award winner twice.Mcdowell went on to play post graduation in top basektball leagues, inlcuding the G league, the VTB league in Russia, LEB Gold in Spain and SBL and Australia. Mcdowell began his coaching career as assistant at Division III Virginia Wesleyan University. Along with day to day socuting, recuitment and player development.