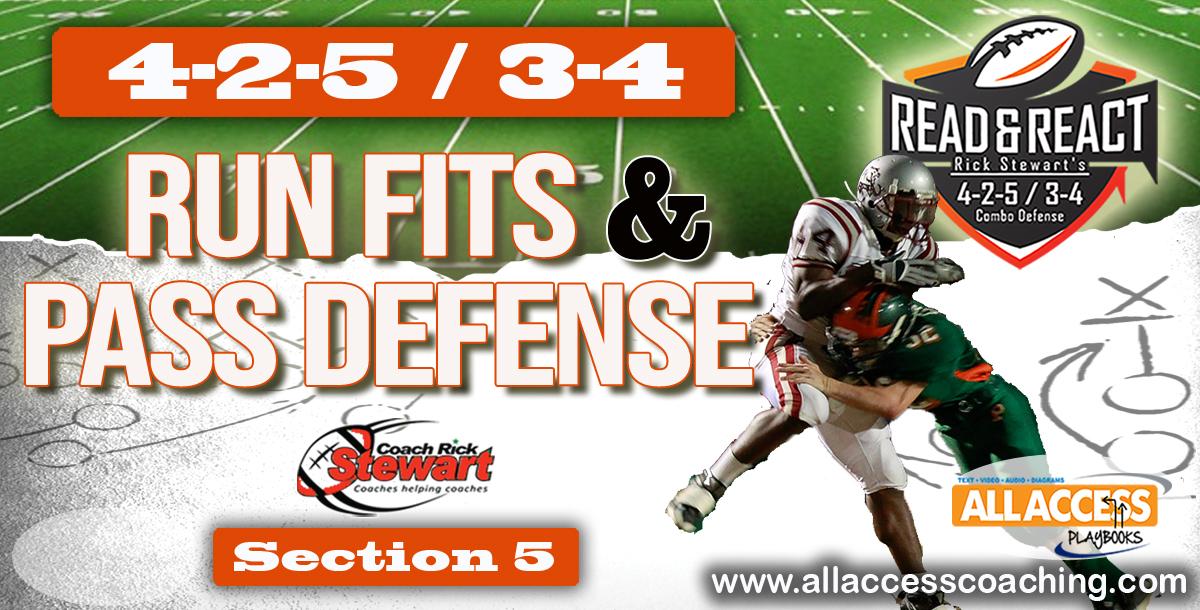 This is SECTION 5 of the Complete, 300-page playbook

DISCLAIMER: This is not a downloadable playbook.  To order a printed, bound hard copy go to www.allaccesscoaching.com

--> Why would you Spill the RB to the sideline or "Funnel" him back into the other defenders?  Do you spiill just because all the college guys do?

--> Great detail of how D-Line react to every block, followed by Linebacker reads, and then they are tied together.  This ties together Ch 9 & 10 of the Drills Manual.  Iso, Option, Counter, Guard Trap, Jet Sweep, Inside Zone, Outside Zone...every offense is covered.

--> How do Outside Linebackers fit when playing up in Sky Alignment and how do they fit as Quarters Safeties?   How do they defeat all the edge blocks?

--> Can you defend these out of your base defense or do you make the mistake of putting in a "special" defense that week?  One your players are not used to running?

--> Power, Power Read, Counter, and Dart out of Shotgun

--> How do you defend the Pistol formation with Horn, Midline, Veer, & Jet when there is not strength call since the offense is balanced?

--> Do you know how to recognize and defeate 'Big On Big", "Slide", and "Combo" pass protections

--> Patttern Reading is defined, including "cutting a receiver"

--> Crossing Routes are very hard to defend, but Stewart has simple rules that make it easy for Linebackers to know when to run with them and when to "pass them off"

--> Learn what STEAL coverage is

--> There are two types of coverages Stewart runs, but the D-Ends are also keys to defending RPOs.  The best pass defense is a sack.

Great understanding and in detailed