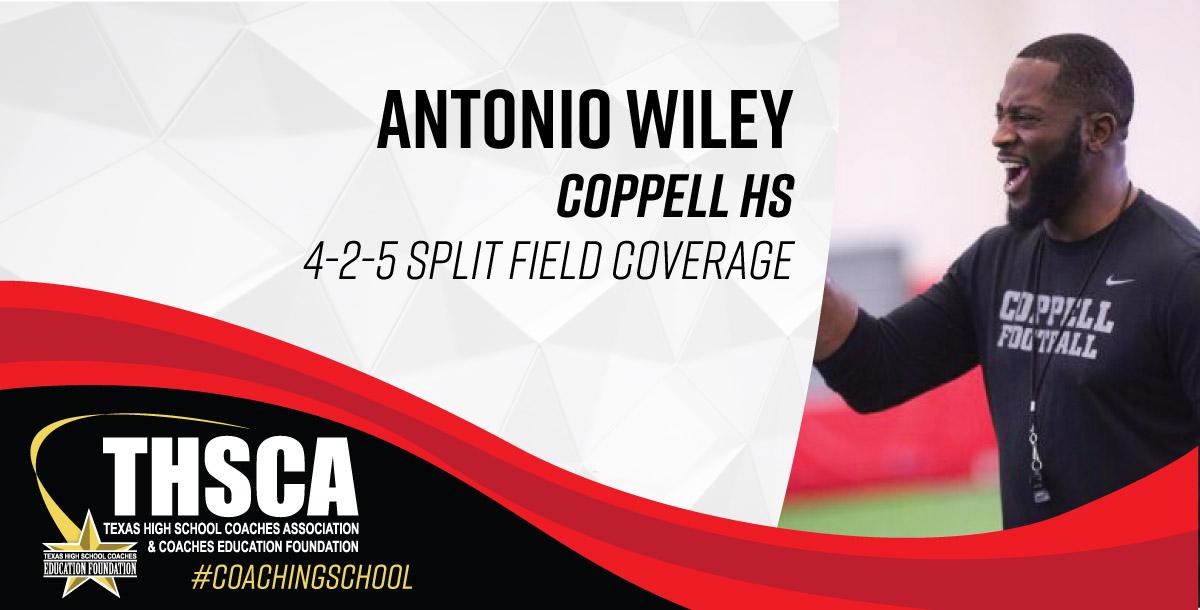 iley comes from Wichita Falls, where he was the head coach at Hirschi for three seasons. Last fall, he led the Huskies to a 12-1 record and the team reached the Class 4A Division II state semifinals for the first time since 1964. Wiley guided Hirschi to a 24-12 record – his first head-coaching job after spending the previous 11 seasons serving as an assistant coach. Wiley said leaving Hirschi was one of the toughest decisions that he has ever had to make.

Like Coppell ISD Superintendent Brad Hunt and yours truly, Wiley is a product of Dallas ISD. He graduated from Samuel High School in 2001 before playing football at Eastern New Mexico University. His 14-year coaching career includes stops at Nevada Community, Mesquite Poteet, and Lake Travis.