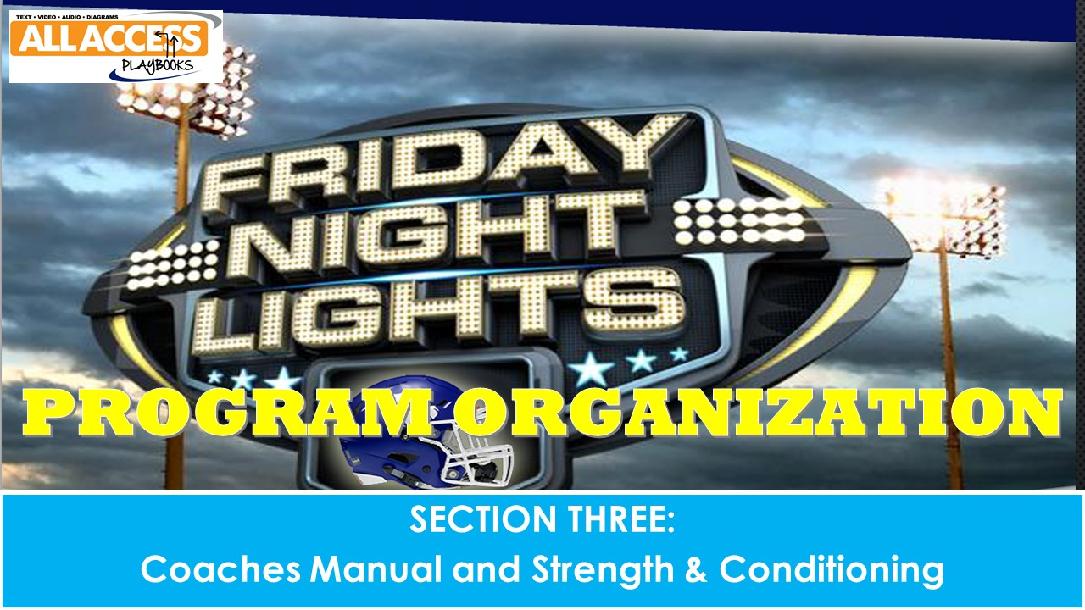 Each individual manual costs $10 apiece, or you can buy the entire 190-page manual for $20.

Includes DOWNLOADABLE "Running an Efficient Practice" when you buy this course.   This includes practice schedules.

THIS E-BOOK IS NOT DOWNLOADABLE and CANNOT BE PRINTED.

If you buy one of the 3 sections and love Coach Steinberg and Stewart's teachings, there is a discount code contained inside the course so that the $10 you spend on this section will be deducted from the entire manual if you decide to get it.

These manuals are not a bunch of philosophy.  Every page shows you exactly how Coach Steinberg implements programs and deals with problems in a high school program.

This is the Manual that Coach Steinberg gives all his coaches so that they are clear about their role in the program.  It starts off defining what Steinberg does as HEAD COACH.  It shows month-by-month all the things that Steinberg accomplishes.   He then describes in great detail all the jobs that his ASSISTANT COACHES will do in the off-season and during the season.   This is broken up by Varsity, JV, Freshman, and Volunteer support staff.

He also breaks down every coaches assignments each day at PRACTICE and SCOUTING the opponent.   See Steinberg's forms that he uses to EVALUATE his coaches at end of the season.

Six pages are dedicated to explaining why Steinberg is known for running very fast, high-intensity practices.  You also get his DRILL TEACHING PROGRESSION for every position.

Twenty-one pages show what Steinberg does in and out of the WEIGHT ROOM.  All of his workouts for the entire year are detailed, along with speed and agility training.  You also get the NUTRITION handout that he hands his players.