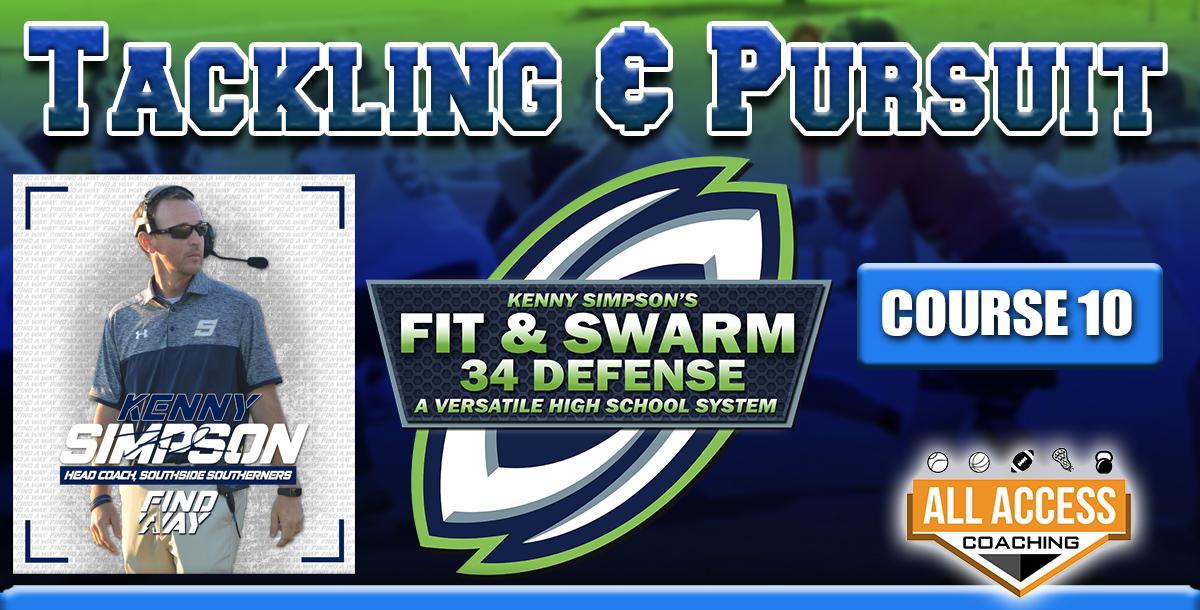 How Do You Rebuild a Program With Only 8 Wins in 5 Seasons?

How Do You Break a 20-game Losing Streak?

And while his GUN-T offense is setting scoring records, DEFENSE has been the foundation to a turnaoround that includes four-consecutive winning seasons & two conference titles.

The 2017 4A Conference Coach-of-the-Year is ready to teach you his FIT & SWARM 34 Defense.

It all starts with tackling....

Coach Simpson does a great job of explaining tackling step by step. A must see for coaches

This is a must-have for any defense. If you are looking to improve your tackling, which will improve your defense. This is the video for you. Great tackling drills and stresses the importance of simplifying leverage for your players. I cannot wait to implement this in the fall. Thanks, Coach Simpson.

Great look at the Swarm Def and how to use drills that fit the system.