Developing a 3rd Down Package - Pressures 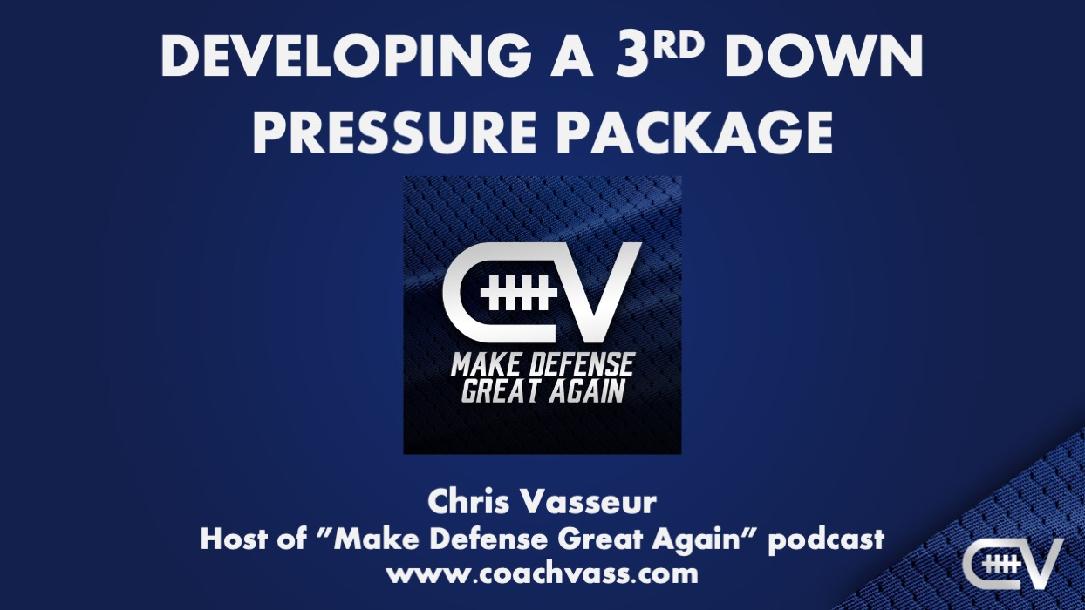 This course contains the main 3rd Down Pressures used over the past few years for Coach Vass' defenses.  It goes over the 3rd Down philosophy, pressure philosophy, breaking down each protection and plan of attack, Bluff/Mug looks, top pressure paths, and pressure coverages.  The course also includes film of each concept with detailed slides for each pressure.

Great explanations of when and why you'd use these specific pressures.

Definitely going to be using some of these. Awesome stuff! Love the protection info!

Excellent course in the basics of defending 3 down and getting off the field. You can take the concepts and make them your own. Cant wait to put these into practice.

Great stuff here to develop a 3rd down pressure package. Not only the diagrams, and film of the pressures, but the why and when behind them.

You just booked "Developing a 3rd Down Package - Pressures"