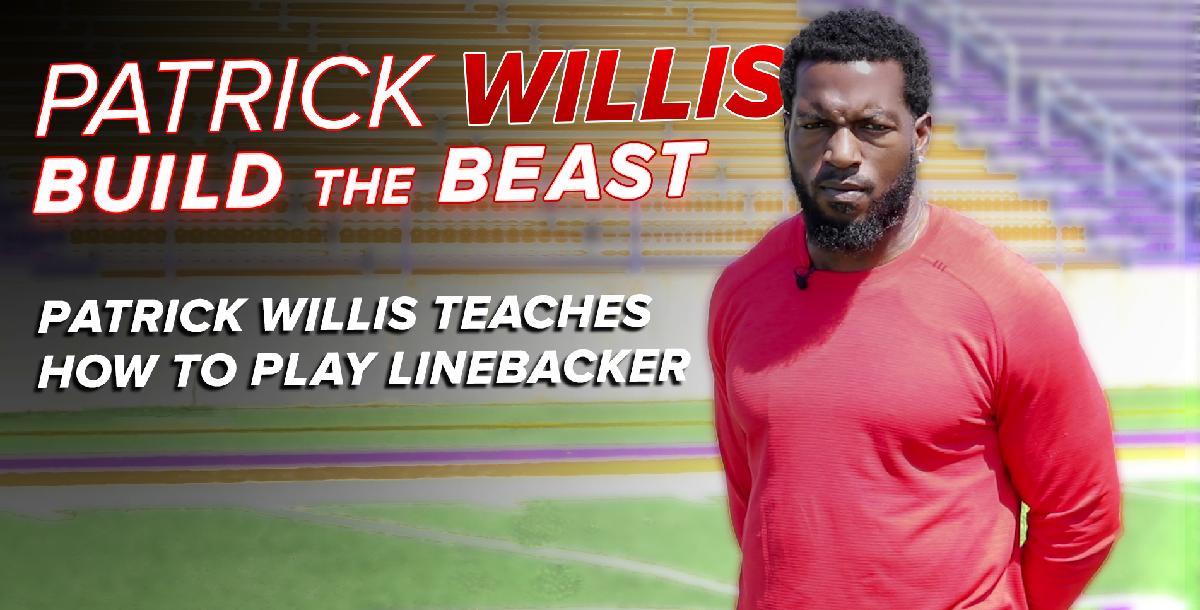 Want The Shortest Route To Dominating On Defense?

Turn Your Linebacking Corps Into A Beast!

Are your linebackers outmatched? Backs and TE’s killing you with speed and size? Blockers completely taking your guys out of the play, too easily and too often? Missed assignments, false steps, poor angles, and poor technique driving you nuts?

Or… are you simply looking to gain a major edge over your opponent, by greatly upgrading your defensive play? Introducing Patrick Willis’ latest masterpiece:

Patrick Willis was more than a great linebacker in the NFL. He was considered by many as the most elite at his position for nearly a decade.

Now he’s going to take the same passion and drive that took his team to 4 straight conference championships and a Super Bowl... and pour it into making your linebackers into absolute playmakers.

(TRY THE FREE SAMPLE VIDEOS BELOW)

The San Francisco 49ers defense was among the league’s very best, and Willis was at the center of it (literally and figuratively). Willis missed the Pro-Bowl only once. He missed the All-Pro honor only twice. And he struck terror into ball carriers with 16 forced fumbles.

At Ole Miss he received the Butkus Award and Jack Lambert Award as the nation’s top linebacker. He was drafted 11th overall in the first round, and immediately won defensive ROY.

He never knew anything other than excellent execution, high IQ, intelligent play… and being the most feared at his position at every level he played in.

*** He’s Now Going To Make Your LB’s Impose Their Will With Superb Form & Technique Against the Run, In Man and Zone Coverage, and At Point Of Contact. ***

You’ll give your linebackers a complete training - from stretching, to drills, to film study, to nutrition, to mindset.

You’re also completely safe with our 100% Money Back Guarantee, good for 30 days.

I think just one of these techniques alone will upgrade your linebacking corps and defense. Awesome.