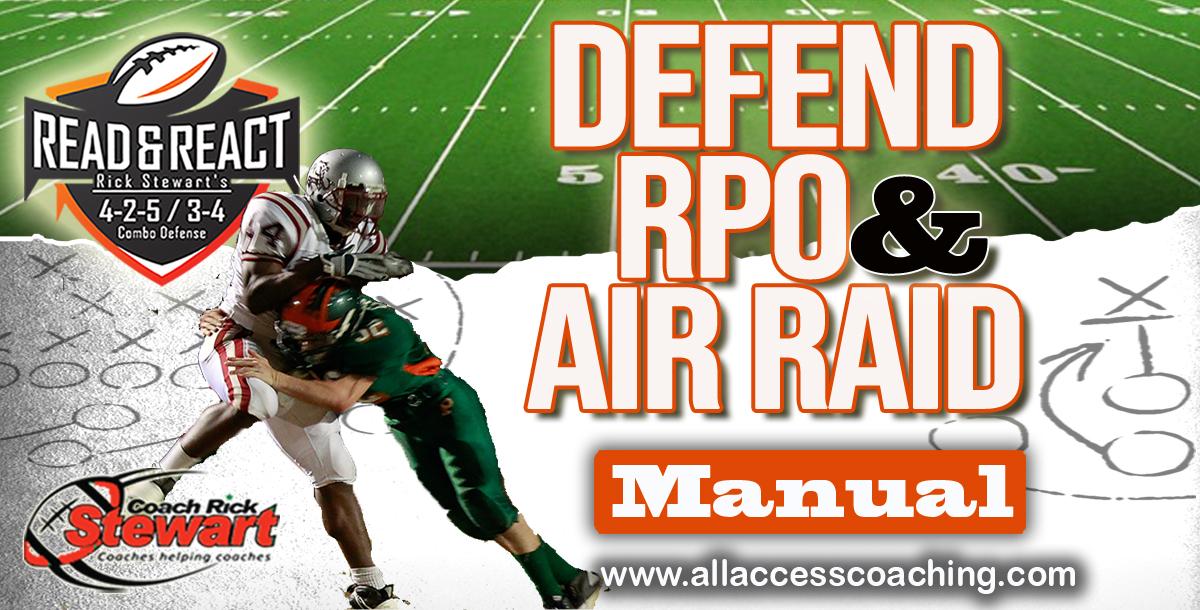 DISCLAIMER: This is not a downloadable product.  To order the complete, bound, printed hard copy READ & REACT playbook, go to www.allaccesscoaching.com

--> Do you know how to recognize and defeate 'Big On Big", "Slide", and "Combo" pass protections

--> Patttern Reading is defined, including "cutting a receiver"

--> Crossing Routes are very hard to defend, but Stewart has simple rules that make it easy for Linebackers to know when to run with them and when to "pass them off"

--> Learn what STEAL coverage is

--> There are two types of coverages Stewart runs, but the D-Ends are also keys to defending RPOs.  The best pass defense is a sack.

Combining Spread, Option, Wing-T and Traditional Run and Pass Into One Offense by Jerry Campbell
Views: 4973
$22.95