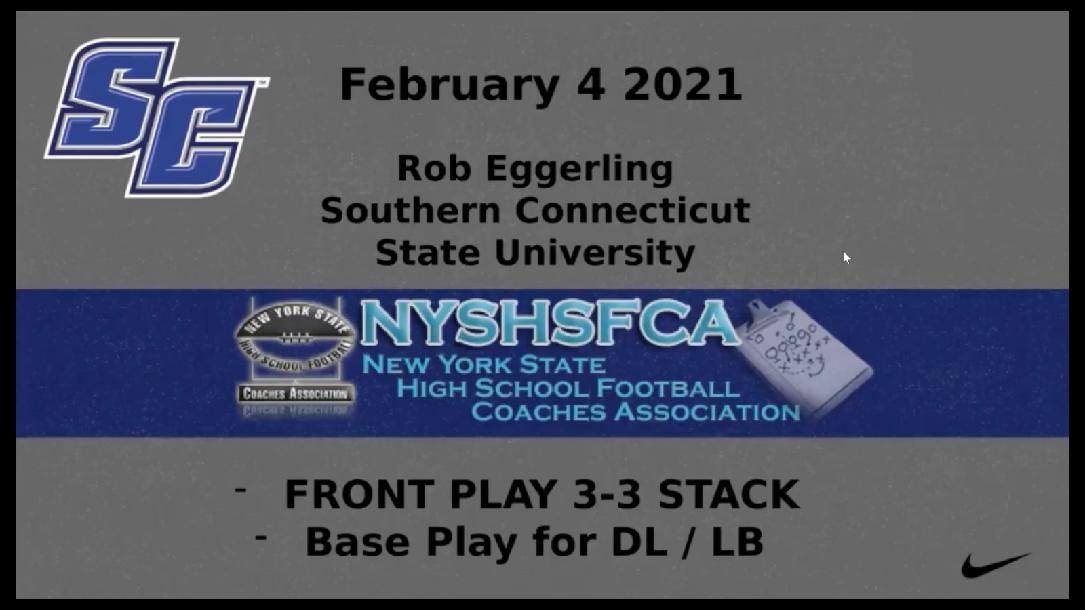 Want to learn more on how to play with a 3-3 stack for LBs and your DL? Then you've come to the right place! In this course, Coach Rob Eggerling reveals how to properly run a 3-3 you need in order to have success on the defensive front. He covers topics like:

On top of all of that, he even breaks down the film so you can see exactly how to coach it!

In the 4 seasons prior to joining the Owls' Staff, Coach Eggerling was the safeties coach at Bowdoin College. Prior to coaching at Bowdoin College, He was the Associate Head Coach and Defensive Coordinator for St. Anslem College (2008-2015). During that time, he was awarded the 2014 NCAA Division II Assistant Coach of the Year by the Gridiron Club of Greater Boston.

Also, in 2017 he was the USA Football U18 Select Team's secondary coach that defeated Canada in the International Bowl Game.