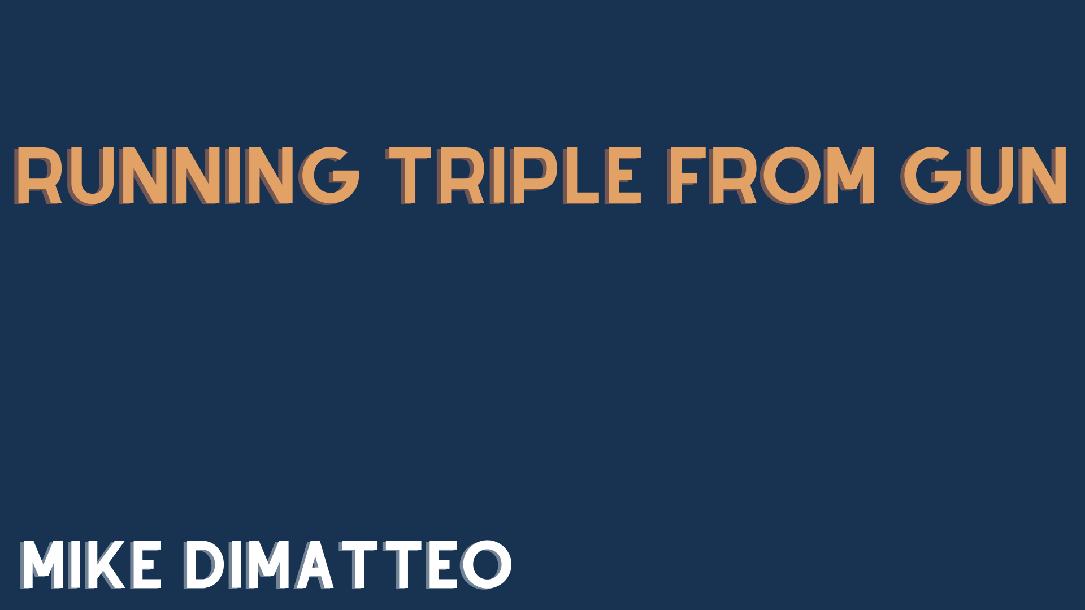 In this course, running back coach Mike Dimatteo talks about running the triple from the gun. He shares his thoughts and tips when it comes to playing with this strategy. He demonstrates drill work and tape to show the proper ways to play triple option from the gun.

Simply click the ‘Book This Course’ button at the top right of this page, place your order, and you’ll immediately be logged into the training with full access. Take a look at how Coach Dimatteo runs the triple option from the gun.

Mike DiMatteo had been a high school football coach for 29 years before coming over to Aurora University in the spring of 2016.

He was a successful head coach for 15 of those years beginning in 2000 at Lake Zurich H.S (2000-2006). He then moved on to Hinsdale Central H.S. (2006-2010), and Buffalo Grove High School (2012-2015). In 2002, DiMatteo was named Northwest Herald Coach of the Year when his Lake Zurich Bears reached the semi-finals for the first time in school history and their first playoff appearance since 1995. He moved on to Hinsdale Central where he guided the Red Devils to the only state title appearance in school history in 2008. In that same year, ESPN Chicago did an article on the Red Devils' innovative spread shotgun option offense.