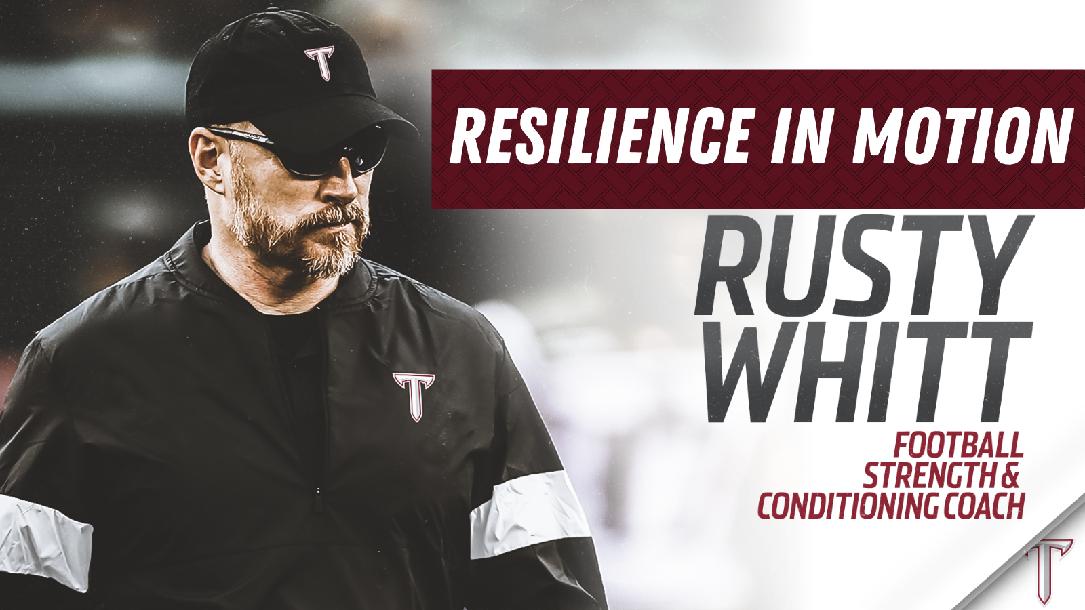 In this course, Troy Head Football Strength & Conditioning coach Rusty Whitt teaches how he keeps the Trojans in shape with drills, mechanics, and exercises.

Whitt spent the 2019 season as the assistant football strength and conditioning coach at Army following three seasons as the head strength and conditioning coach for the Texas Tech football program from 2016-18. Whitt oversaw a staff of three full-time assistants as well as a graduate assistant. Whitt’s staff also worked closely with the Texas Tech athletic training and nutrition programs. In addition to his expertise in the weight room, Whitt comes to Troy following a decorated career as a Special Forces Sergeant in the United States Army. He served as a Senior Special Forces Communication Sergeant in the 10th Special Forces Group and was a member of the U.S. Army from August 2003 to January 2009 where he was deployed to Iraq as part of Operation Iraqi Freedom (OIF) V and VI. Whitt developed and initiated a comprehensive pre-deployment conditioning program for his Special Forces Team prior to and during OIF V and VI. He received a combat infantry badge, two Iraqi campaign medals and an Army commendation medal with valor.