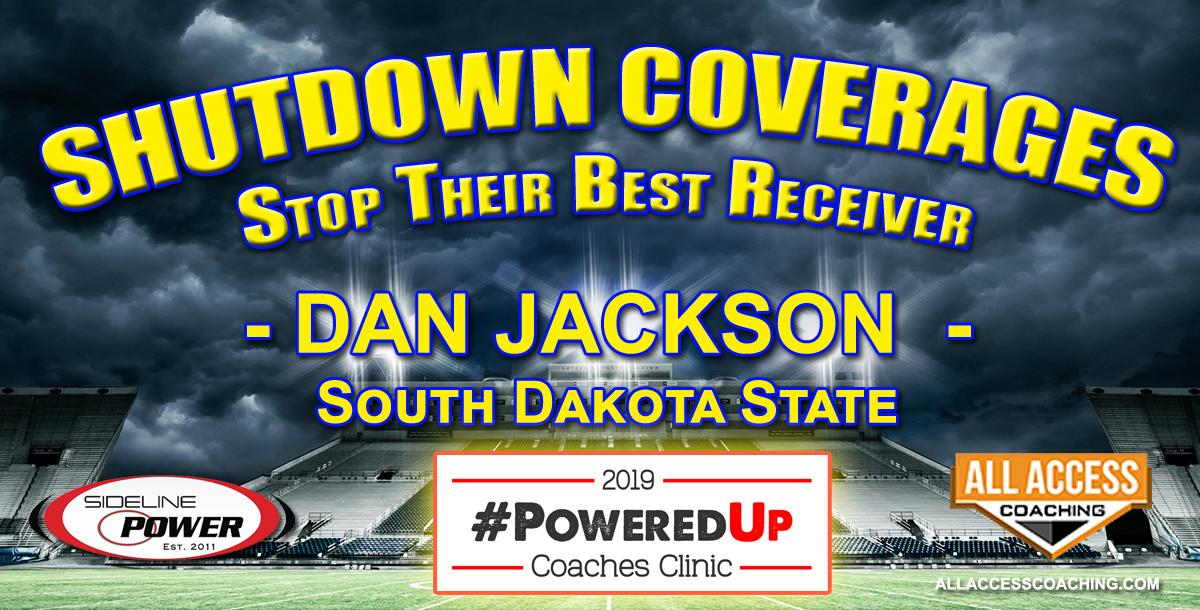 It is super important to get off the field on THIRD DOWN.

What are your D&D breakdowns?  Run/Pass percentages?  Formation Hit Chart.

What are they going to do on offense.   Are they just going to attack the sticks?

LEARN HOW TO RUN "BOX-IN-ONE" LIKE THE BASKETBALL TEAMS DO.

LOCK UP MAN ON THEIR BEST RECEIVER WITH A COVER 2 OR COVER 3 SHELL BEHIND IT.

Coach Jackson covers ALOT in this course.  He shows game film of every coverage to support the whiteboard drawing.

This may be college level, but Coach Jackson does a great job making it very simple to understand.

Daniel Jackson was elevated to cornerbacks coach in 2014 after serving as a defensive and recruiting assistant for the Jackrabbit football program the previous two seasons. Jackson added the duties of recruiting coordinator following the 2016 season and also directed the team’s punt return unit since the start of the 2016 campaign.

Under Jackson's guidance in 2017, South Dakota State held six opponents to under 200 yards passing during the 2017 season and forced at least one turnover in all 14 games. The Jackrabbits bring a streak of 15 consecutive games with at least one takeaway into the 2018 campaign.

During the Jackrabbits’ playoff season in 2012, Jackson helped mentor a secondary that allowed only nine passing touchdowns, while intercepting 13 passes. As a squad, the Jackrabbit defense ranked fourth among Football Championship Subdivision programs for pass efficiency defense at 100.33. SDSU also ranked fifth in scoring defense (16.38 points per game) and eighth in total defense (305.3 yards per game).

SDSU made a return trip to the FCS playoffs in 2013 behind an opportunistic defense. The Jackrabbits ranked second nationally with 22 interceptions, including a team-high four pickoffs from cornerbacks Winston Wright and Je Ryan Butler. Wright went on to earn third-team All-America honors from the Sports Network. SDSU also ranked fifth nationally with 33 turnovers forced and a plus-1.1 turnover margin per game.

Jackson was recruited as a linebacker following an all-state career at Omaha Burke High School and played briefly with the Jackrabbits in 2004.