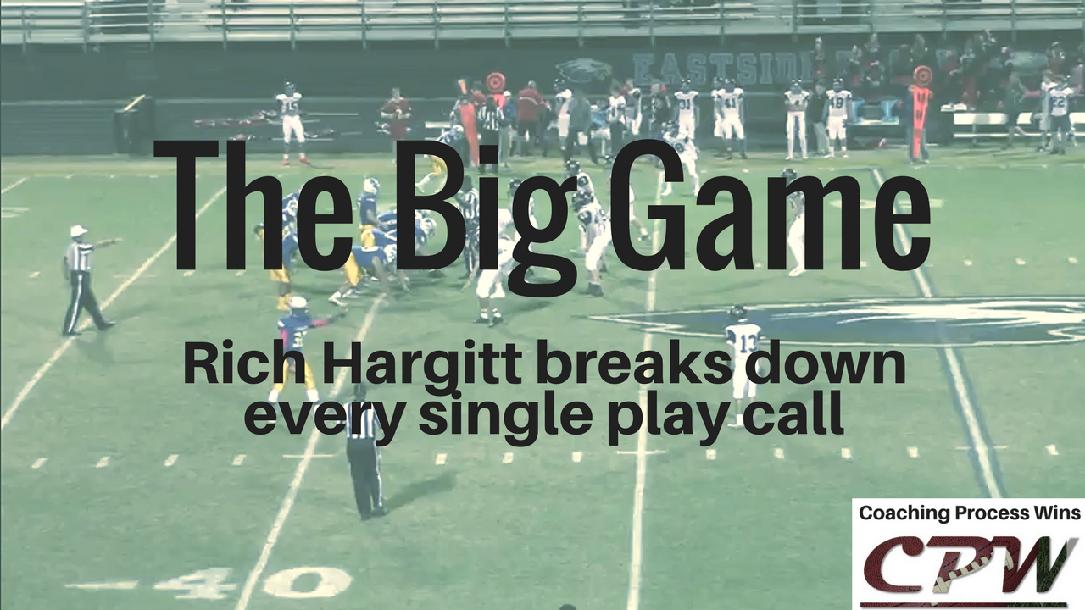 Rich Hargitt, creator of the Surface To Air Offensive System takes you through an entire game from start to finish!

Spend over an hour listening to one of the nation's elite offensive minds cover topics like:

Your call on 1st down just sent you backward. Now what?

What about 3rd and long?

What if you just hit an explosive play on the defense? Should you press the advantage, or maybe try to pick up something easy underneath.

These situations and many others are covered in this course.

How to design an opening drive

Learn how Hargitt calls his offense differently early in the game compared to later on, and more importantly, why.

How to use RPOs in your game plan

The Surface To Air Offensive System uses a heavy dose of RPOs to make the defense wrong every time!

Learn how Coach Hargitt combines several dangerous concepts into a single play call, and when it's the right time to use them.

Learn from his mistakes

There's nothing worse than watching a presentation full of long touchdown passes and 75 yard runs. What happens when things don't work perfectly?

Coach Hargitt goes through the mistakes he made during the game, and what he would've done differently.

Your kids aren't going to execute it perfectly every time, so why pretend otherwise?

Rich Hargitt has been a football coach since 1999.

Appreciated the commentary on how you view your play calling and explanations given.

Interesting to get insight on someone else's play calling.

Great information. I've gained some takeaways that I can use in our feeder program.