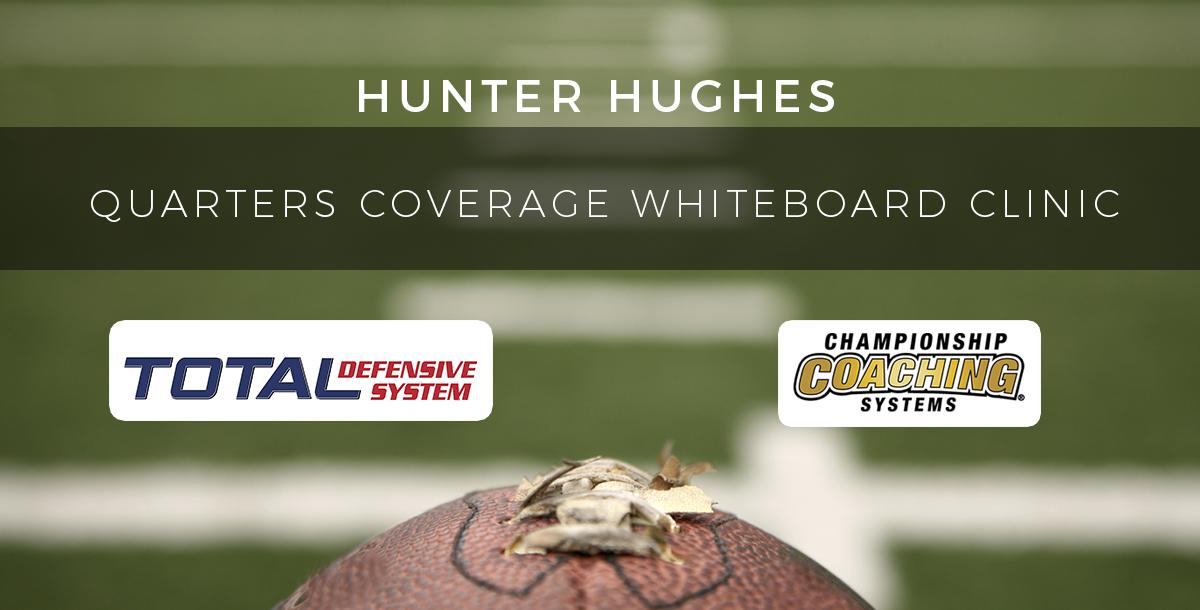 Coach Hughes' defenses always include a lot of movement and disguise.  It confuses opposing offenses but it is easy for his defense to master.  Join Coach Hughes in this course as he brings football teaching back to its roots, a coach and a chalkboard (or a whiteboard in this case).  Coach Hughes shares his coverage rules and adjustments for quarter coverage.  No matter what defense you run, you will certainly get something out of this course!

In December of 2016, Hunter Hughes was introduced as the head football coach for the West Texas A&M Buffaloes from the NCAA Division II Lone Star Conference.   Prior to being named head coach for the Buffs, Coach Hughes spent nine seasons as CSU-Pueblo’s defensive coordinator, helping forge the CSU-Pueblo defense since the program’s reboot in 2008. Coach Hughes consistently put defenses on the field that both lead the RMAC and ranked among the top units in the nation. One of the most decorated Division II coordinators in the nation, Hughes was the recipient of the FootballScoop.com Division II Coordinator of the Year award in 2011, due in large part to the performance of CSU-Pueblo’s punishing defense during its 11-0 regular season. The ThunderWolves allowed a national-best 10.33 points per game in 2011 and intercepted the ball 26 times, also best in the country. The performance of the 2011 team under Hughes’ leadership was certainly not an anomaly - in the ThunderWolves’ first four years of existence as a program, the team finished in the top 25 nationally three times (including a finish of 9th in the nation in 2010) in points allowed. More recently, Coach Hughes led the ThunderWolves defense as the team won the NCAA Division II National Championship, making him a finalist for D-2 Coordinator of the Year. Hughes’ defense was the first team in 17 years to shutout their National Championship opponent. They also finished nationally ranked including: 1st in the country in points allowed – 12.8
1st in the country in defensive touchdowns – 7
1st in the country in turnovers gained – 43
1st in the country in interceptions – 29
4th in the country in sacks per game
4th in the country in turnover margin
6th in the country in third down conversations
13th in the country in total defense
17th in the country in rushing defense
Hughes rose through the ranks as a coaching assistant with two of the most prestigious Division I football programs in the country: University of Colorado and the University of Tennessee. Hughes was a defensive graduate assistant with the University of Colorado from 2003-2006, assisting in coaching various defensive positions as well as assisting in recruiting prospective CU students east of the Mississippi River. With the University of Tennessee, Hughes also served as a defensive graduate assistant, focusing primarily on linebackers and defensive backs.