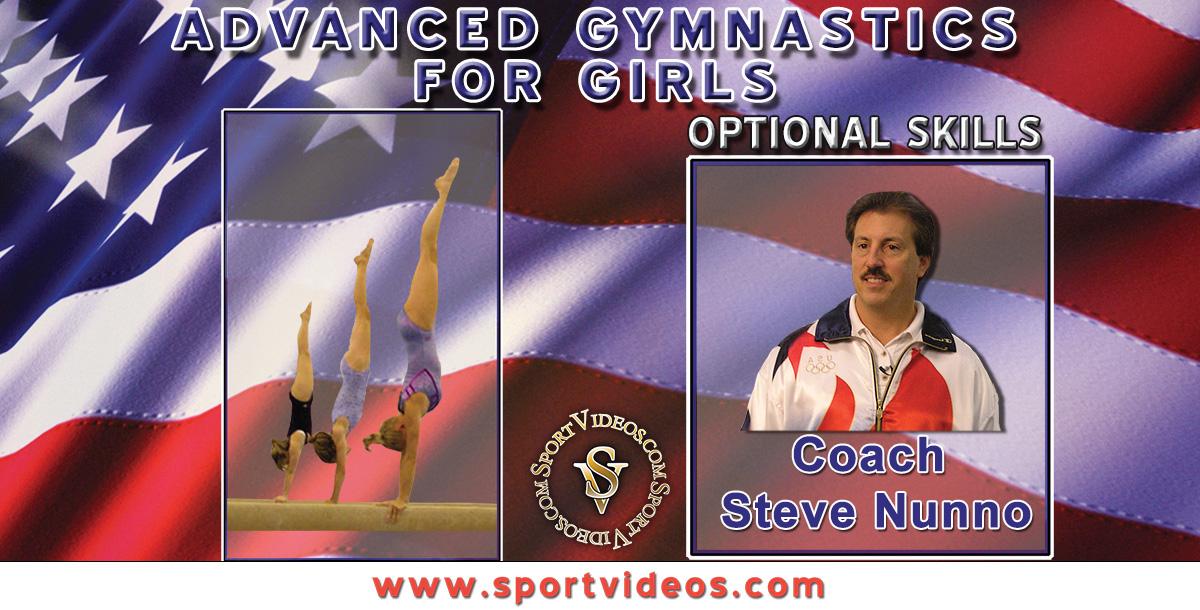 Discover the training secrets of one of the top gymnastics coaches in the world! Coach Steve Nunno provides a comprehensive overview of Optional Gymnastics Skills for the advanced gymnast. Topics covered in this program include: plyometrics, line drills, vault, uneven parallel bars, balance beam, and floor exercise. Each skill is taught in detail in a progressive and easy-to-understand manner. Coach Nunno helps to simplify the sometimes overwhelming world of optionals.

Two-time USA Olympic Coach Steve Nunno is one of the most successful gymnastics coaches in the United States. His gymnasts have won more national and international medals than any other coach in the country. He was the coach of Shannon Miller, who won five Olympic medals in 1992 and two gold medals in 1996. After almost twenty years of coaching top level elite athletes, Nunno became the Head Coach at the University of Oklahoma for six seasons. In addition, he also owned the prestigious Dynamo Gymnastics Club in Oklahoma City. Nunno moved to Tampa, Florida in 2011. He has purchased four gyms in Florida, in Lakeland, Daytona Beach, West Palm Beach and North Port. Steve Nunno recently founded the National Gymnastics Coaches Association - https://gymca.org