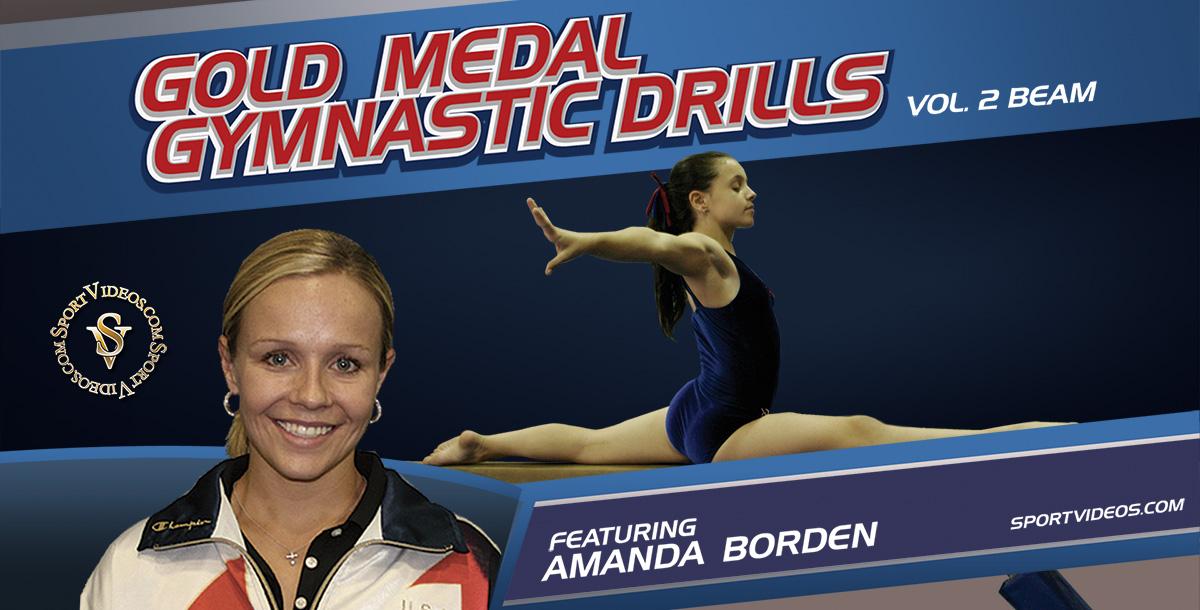 This is volume two of a comprehensive four-part gymnastics program featuring Amanda Borden. In this video, Amanda takes her team through a wide variety of progressive drills for the balance beam. Among the topics covered are: beam complex, balance fundamentals, handstands, jump drills, leap drills, turn drills, cartwheels, level six skills, beam tumbling, back handsprings, connected series and dismount series. A must have resource for coaches, parents and gymnasts. 65 minutes.

Amanda Borden was captain of the U.S. Olympic Gymnastics Team, which took home the gold medal at the 1996 Olympic Games in Atlanta. They made history by becoming the first U.S. Womenʼs Gymnastics team ever to win an Olympic games. Amanda also spent six years on the US women’s National Team. She has competed in several World Championships, was a Pan-American double Gold Medalist and the 1995 USAG Sportswoman of the Year. In 2004, Amanda opened the Gold Medal Gymnastics Academy in Tempe, Arizona, and has since added another gym in Chandler, Arizona. She also serves as a gymnastics and cheerleading commentator for CBS Sports, Fox Sports, ESPN and NBC. Amanda Borden is a member of the USA Gymnastics Hall of Fame and US Olympic Hall of Fame.