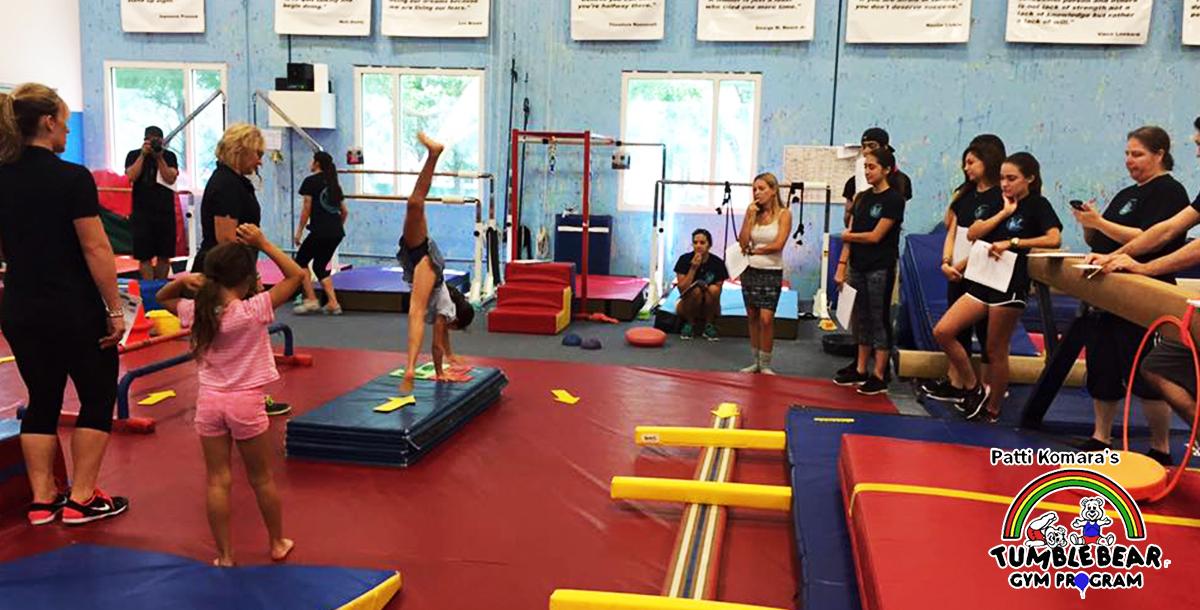 You may know Patti, who has been a speaker for the industry since 1981. (Whew—she IS old!) You may know her from the sale of her Tumblebear training DVDs, lesson plans, or business videos and books she’s produced since 1986. Or—you may be one of the 7000 gymnastics enthusiasts who subscribes to her “In the Loop” monthly e-newsletter

Patti was in high school when she opened her acrobatic studio in Dyer, Indiana in 1969. Since then Patti’s All-American has grown to be one of the premier gym schools offering more than just gymnastics. PAA has been named “Best of the Region Gymnastics School” by their local newspaper every year since its inception in 1994. She loves being the center of attention, so she has hosted over a 100 training workshops and produced more than 120 instructional videos. She has written books on yearly lesson plans for the internationally known Tumblebear Gym Program, School-age Gymnastics, Dancing GymBears, YogaBears, CheerBears, Gym-N-Learn, and her very successful Swim Program. Her programs are sold across the USA as well as in more than 40 countries. Patti co-authored the original USA Gymnastics preschool KAT certification program. She also has worked for USA Gymnastics Task Force and is a member of their Business Advisory Team. Patti is a two-time winner of the USA Gymnastics "Business Leader of the Year Award” in 2003 and 2014.