An Exclusive Look Inside the Bruin Bubble: Coaching Staff Dynamics 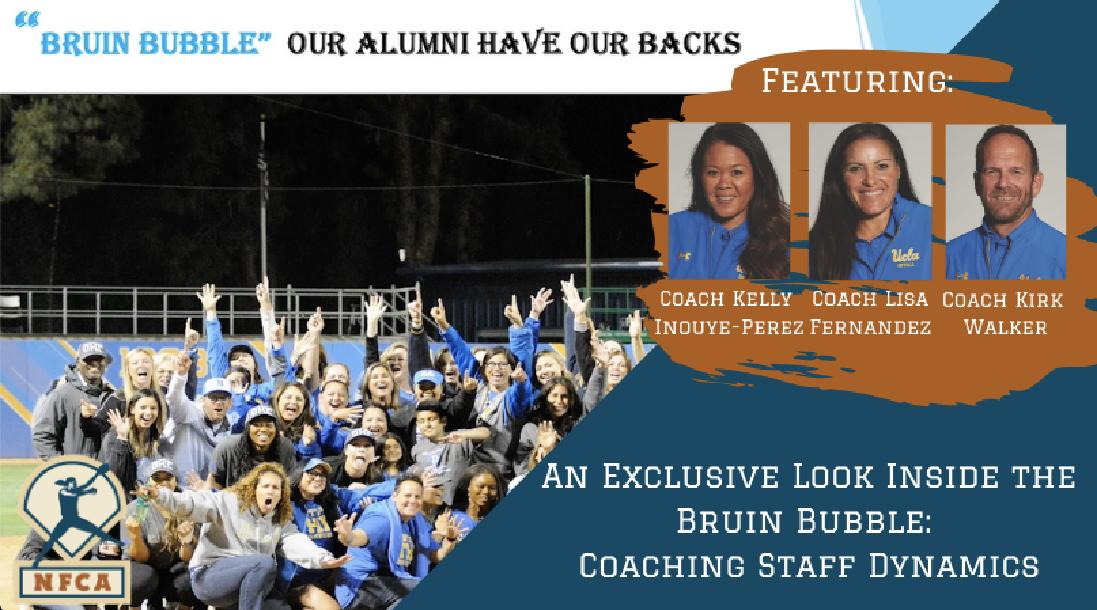 You can't think of UCLA without thinking about the program's rich tradition and numerous National Championships. We have all watched from the outside and wondered, what do they do as a staff to create and maintain this culture? Here is your chance. Watch Kelly Inouye-Perez, Lisa Fernandez, and Kirk Walker discuss the inner-workings of the Bruin Bubble and provide coaching insights that you can use with your own program.

One of the most storied programs in collegiate softball, UCLA captured its 12 th NCAA Division I Championship in 2019, the 13 th overall national title. Each member of this group has been with the program for at least 20 years, including head coach Kelly Inouye-Perez, who came to Westwood in 1989 as a freshman and has never left. The Bruins have reached the WCWS, the pinnacle event of collegiate softball, in each of the last five seasons. During that time, UCLA has won 253 contests, 91 in Pac-12 play. Under their tutelage, 13 Bruins have been named NFCA All-Americans.

You just booked "An Exclusive Look Inside the Bruin Bubble: Coaching Staff Dynamics"