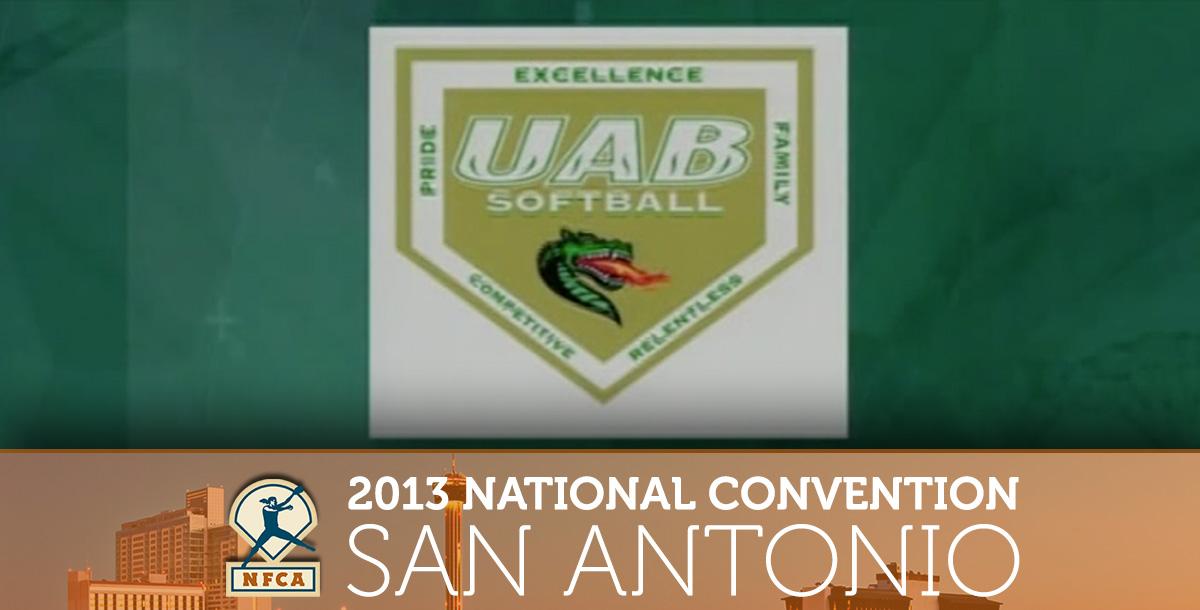 Named UAB's first head coach on Sept. 1, 1998, Marla Townsend has guided the program since its infancy.

In 2013, Townsend led her squad to its finest season ever, securing its first 40-win season and the Conference USA regular-season title while also making a fourth-straight appearance in the NCAA tournament. During NCAA Regional action the Blazers knocked off nationally-ranked Louisville and UCLA to advance to the NCAA Super Regional round for the first time in school history.

UAB was not Townsend's first head coaching position. Prior to becoming a member of the Blazer family, Townsend was the head coach of the Classic White Lightning 16-and-under Amateur Softball Association (ASA) team in both 1995 and 1996. The club won the ASA regional title and the state championship in both seasons.

Townsend also spent two seasons as the head coach at Pelham High School where she compiled a stellar 77-34 overall record. In 1998, Pelham finished fifth in the Alabama High School Athletic Association Class 6A Tournament and was tabbed as the No. 1-ranked team in Class 6A by The Birmingham News. Townsend is a two-time recipient of the Jefferson County Softball Coach of the Year award, was named the Shelby County Softball Coach of the Year and has also garnered high accolades as a player. Townsend earned First-Team All-America recognition in both fastpitch and slowpitch competition in 1992 and was a valuable outfielder on several national championship slowpitch teams.

How to Throw a Softball by Jim Stricchiola
Views: 4945
FREE