Developing a Winning Program for the Long Term - Carol Hutchins 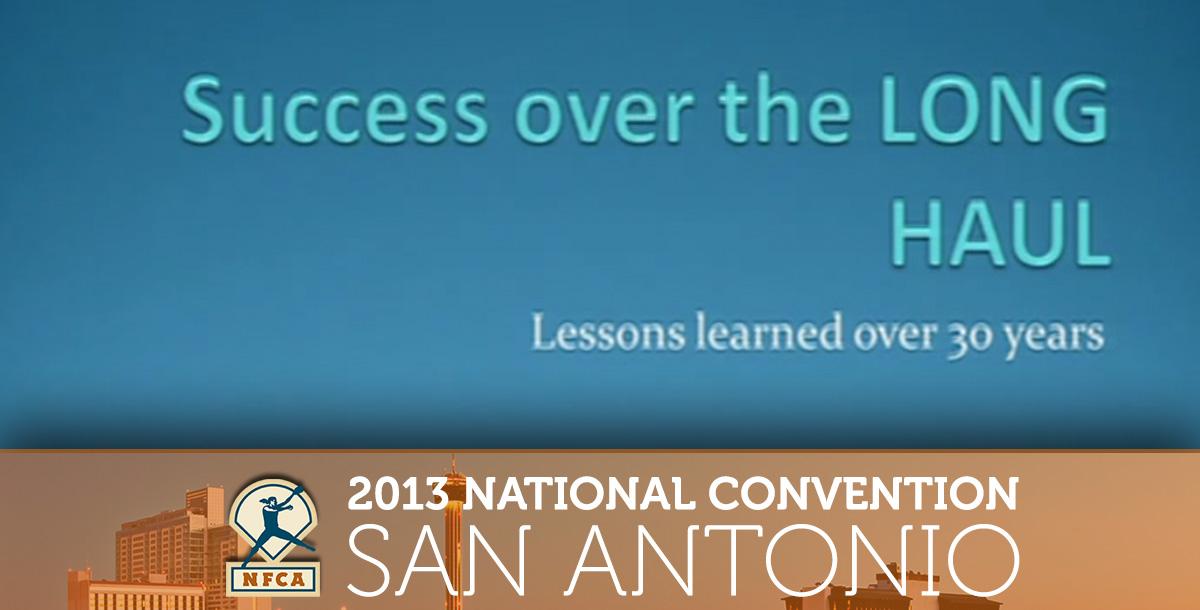 Developing a Winning Program for the Long Term

Carol Hutchins recently completed her 29th season at the helm of the University of Michigan softball team in 2013, where she has molded the Wolverines into one of the elite programs in college softball. On December 8, 2006, Hutchins was inducted into the NFCA Hall of Fame in recognition of her coaching success and the indelible mark she has left on both Michigan and collegiate softball.

The hall of fame induction kicked off a series of career milestones that would come for Hutchins during subsequent campaigns. On February 28, 2007, she became just the seventh coach in NCAA softball history -- and the sixth in Division I -- to reach 1,000 career wins. Two months later, on April 29, Michigan picked up a home doubleheader sweep vs. Wisconsin (2-1, 2-0) to net Hutchins her 1,000th career win at Michigan, strengthening her position as U-M's winningest coach in athletic department history. On March 29, 2013, the Wolverines defeated Penn State 7-4 giving Hutchins her 1,300th career victory. She became just the third NCAA softball coach to top the 1,300-win plateau. She is now the third-winningest coach in collegiate softball history and the ranks second in career wins among active coaches.

In 2013, U-M won an unprecedented sixth consecutive Big Ten championship after completing conference play with a 20-2 record, the seventh time the Wolverines have topped 20 wins in conference play. Michigan earned a berth in the Women's College World Series for the 10th time in program history and concluded the season with a 51-13 record.

"Hutch" has been a part of the Michigan softball program since 1983 when she joined the staff as an assistant coach under Bob DeCarolis. She moved into the head coach position in 1985 and, in each of her 29 head coaching seasons, has continued Michigan's tradition of softball success. Michigan has never suffered a losing season in all of Hutch's years with the program.

Before becoming Michigan's third softball coach, Hutchins spent one year as the head coach at Ferris State University (1982). While at Ferris, she led the Bulldogs to the NCAA Division II National Tournament and was selected Great Lakes Intercollegiate Athletic Conference Coach of the Year. Hutchins was an assistant coach at Indiana University (1981) -- under legendary coach Gayle Blevins -- and at Michigan (1983-84).

A 1979 graduate of Michigan State University, Hutchins displayed her athletic talents in both basketball and softball (1976-79), helping the Spartans to the 1976 Association of Intercollegiate Athletics for Women National Softball Championship. In 2003, she was chosen as the recipient of the Nell Jackson Award, considered the highest honor the Michigan State Varsity "S" Club can give a female alumna for professional accomplishments and community service. She was also inducted into the Greater Lansing Athletic Hall of Fame in July 2000.

Hutchins founded the Michigan Softball Academy in 2010 in conjunction with the program's annual "Pink Game." The academy is a one-night on-field clinic for adults that raises funds for the Making Strides Against Breast Cancer organization. In 2013, the academy set new benchmarks for participants (216) and fundraising ($80,589). Since partnering with the American Cancer Society in 2007 for the annual Making Strides Against Breast Cancer walk, the Michigan softball program has raised more than $300,000.

Hutchins holds a master's degree in physical education from Indiana (1981).