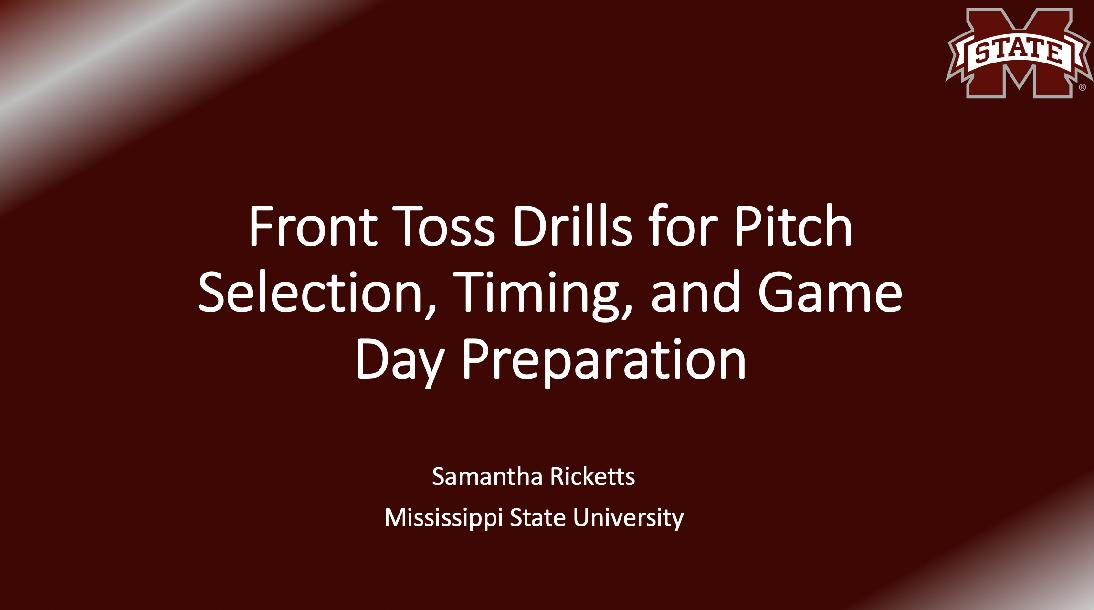 If the keys to hitting are pitch selection and timing then you do not want to miss this segment from coach Samantha Ricketts. Get these drills today to provide your offensive production with a boost this season.

Samantha Ricketts, a two-time NFCA All-American, enters her fifth year as a member of the Mississippi State coaching staff. Working with the Bulldog hitters, MSU’s offensive numbers has seen vast improvements, shattering several school records since joining the staff in 2015. Over three seasons as an assistant at Wichita State, the Shockers saw a jump in their offensive output helped them to a Missouri Valley title in 2014.