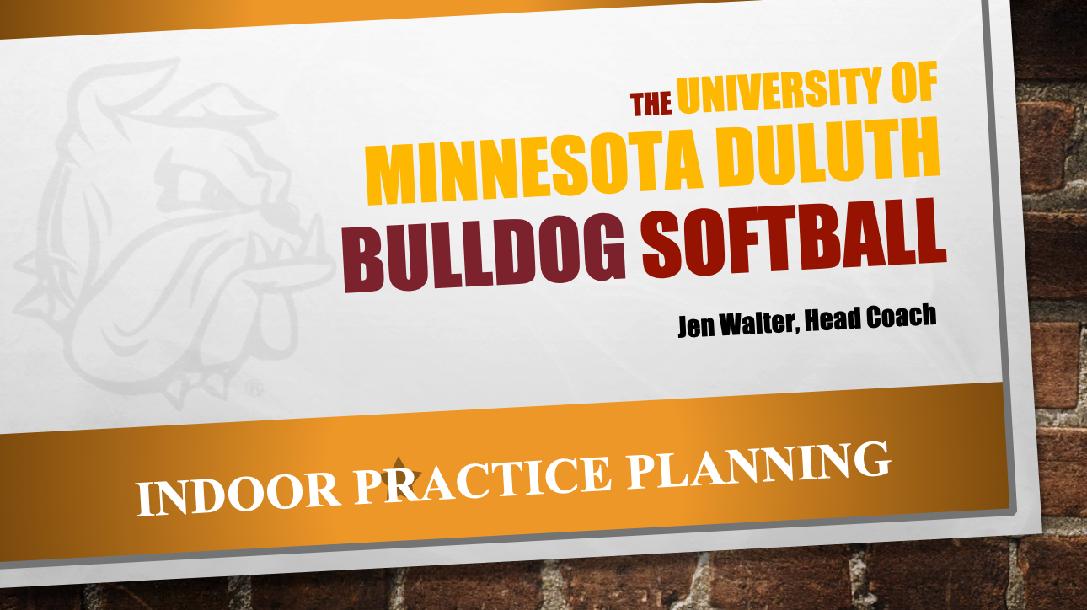 Whether you are in the middle of a polar vortex or dealing with the rain, don't let indoor practices slow down your team's progress. From maximizing your facility to simulating gameday, this session will keep your team in peak shape throughout the year.

Jen Walter heads into her fourth season as Minnesota-Duluth's head coach in 2019. Walter successfully led UMD back to the NCAA postseason tournament and took the club to new heights as the 2018 team concluded the season with a 44-16 record and the program's first-ever appearance into the NCAA Super Regionals. The 44 wins was most since joining the NCAA Division II ranks and along the way the Bulldogs literally rewrote most of the program's record book with 35 school records either tied or obliterated. Walter became the fastest coach in program history to notch 100 victories, achieving it in just 145 games. In her three seasons at the controls of the Bulldog program, Walter has accumulated a 114-53 overall record while going 59-23 in NSIC play.

Brilliant in its simplicity, drilling down to fundamentals and changing mindset regarding inside work