What 41 Years of Coaching Has Taught Me with Mike Candrea 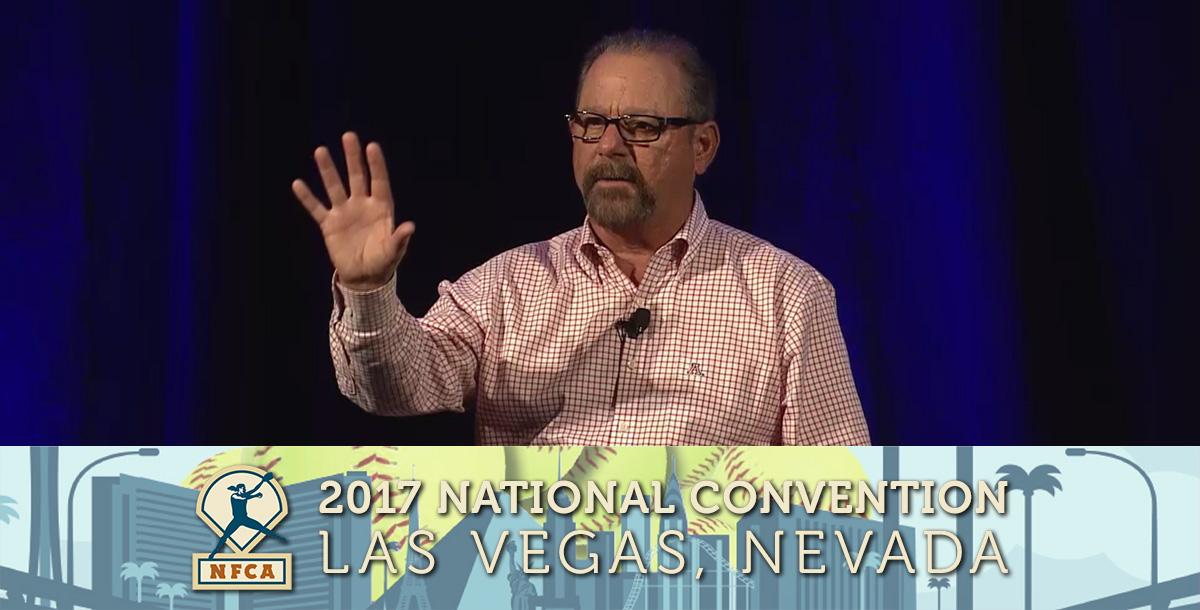 Mike Candrea from the University of Arizona presents What 41 Years of Coaching Has Taught Me at NFCA's 2017 National Convention in Las Vegas, Nevada.

1 What 41 Years of Coaching Has Taught Me 0:00 2 Downloadable PowerPoint Presentation

Mike Candrea is his 32nd season as the head coach of the University of Arizona softball team and under his guidance reaching the pinnacle should once again underscore a record of success almost unparalleled by any program in any sport at any level.

Candrea is one of the most respected coaches in the nation, with the accomplishments to supplement: eight national titles in a 24-season span, 21 trips to the Women’s College World Series in the last 27 seasons, over 1,500 career victories, a mind-boggling career winning percentage of 80%, 54 All-Americans with a staggering 95 citations, four national players of the year and stewardship of Team USA to an Olympic gold medal, to name a few.

His most recent accomplishment came on March 26, 2017 when he reached the 1,500-win plateau after his squad's 5-2 victory over Washington.

The aforementioned gold medal came with his stint as the head coach of Team USA in 2004. His second Olympic squad took home the silver in 2008. Softball was then put on a hiatus from the Olympics, but Candrea’s work in the sport’s final two Olympic years prior to being reinstated for 2020 will not soon be forgotten. Under his tutelage in 2004, the team posted a perfect 9-0 record, outscoring its opponents 51-1 on its way to a gold medal in one of the most dominant team performances in any sport in Olympic history. In 2008, the team came just short of winning its fourth consecutive gold medal.

Since 1988, UA has won fewer than five postseason games just six times and has eclipsed the 50-win mark 17 times and won at least 33 games in the other years.  No one talks about losing around Arizona softball, but even in lean times the Wildcats did not lose 25 games in any of the 30 seasons under Candrea’s watch. Avoiding a “down” year has been a trademark of Candrea’s program, and one not universally shared even among the game’s elite.

In 1991, a gutty and defensive-oriented UA team swept Arizona State in NCAA Regional play in Tempe and went on to play five games pivotal to the history of Arizona softball, at Oklahoma City in the College World Series. Candrea and the Cats earned their first national championship, beating UCLA 5-1 in the title game.

Candrea is sought out by softball and baseball coaches around the country and has delivered instructional clinics throughout the nation. He is particularly known for hitting techniques, team fielding drills and squad motivational preparation. In recent years, he has consulted with Major League Baseball stars and other learned technicians to conduct national hitting clinics, and he participates in dozens of such sessions to help improve the way softball is taught and played. He has written several books and produced a number of videotapes on various softball subjects and has designed specific practice aids and equipment that are widely used at various levels of play.