Adding Speed and Catches to your Game with Jadon Haselwood 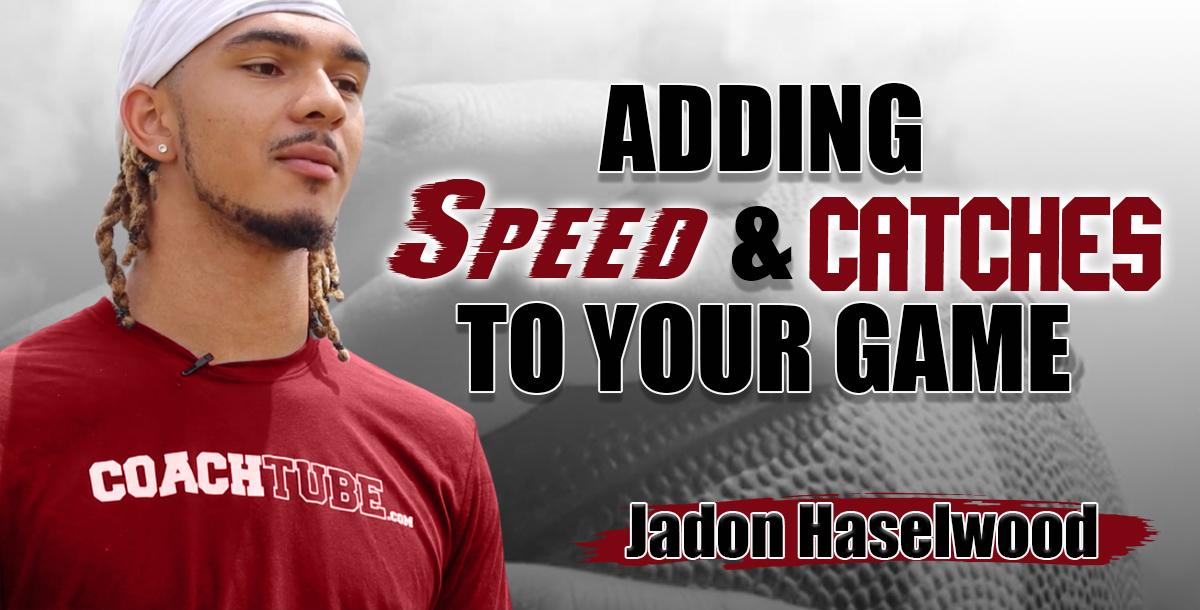 Do you want to become a star wide receiver in your team? Are you finding yourself dropping important catches? Then check out my course.

I understand that to be a great wide receiver you need the speed, agility, and knowledge to get yourself in a position before making the catch. I'm here to equip you with all the elements to make you DOMINATE every football game.

I will walk you through:

If you want to become a serious recruit, then you need to buy my course.

Introduction
1 Welcome to my Course 0:12
Elite Footwork
2 Stopping on a Dime to Create Seperation 5:30 3 Mastering Footwork in Different Stop Routes 1:32
Insight from Jadon
4 Ignore Outside Influences 1:01 5 Academics Opens the Door 1:39 6 Fuel and Allow your Body to Recover 1:27 7 Walk of Champions Hype 0:36 8 Film Allows you to be a Better Person and Player 1:27 9 How to Better yourself even through Injuries 1:44

Jadon Haselwood is a Redshirt Sophomore wide receiver for the Oklahoma Sooners. Haselwood began his career at Cedar Grove High School in Ellenwood, Georgia where he was labeled a 5-star recruit by 247sports. Rivals had him as the number 4 overall recruit in the country while ESPN had him at #6. In 2019 as a freshman, Jadon played in 13 games where he racked up 272 yards and a touchdown on 19 receptions. In 2020 after missing the first 6 games of the season due to injury, Hasselwood played in 3 games where he contributed with 4 receptions and 65 yards. Jadon plans on a huge comeback year in 2021 as a key receiver in the Sooners passing game.

NEW!
How to Become an Elite Safety with RJ Roderick by RJ Roderick
Views: 204
$20