Ages & Stages Fun for All 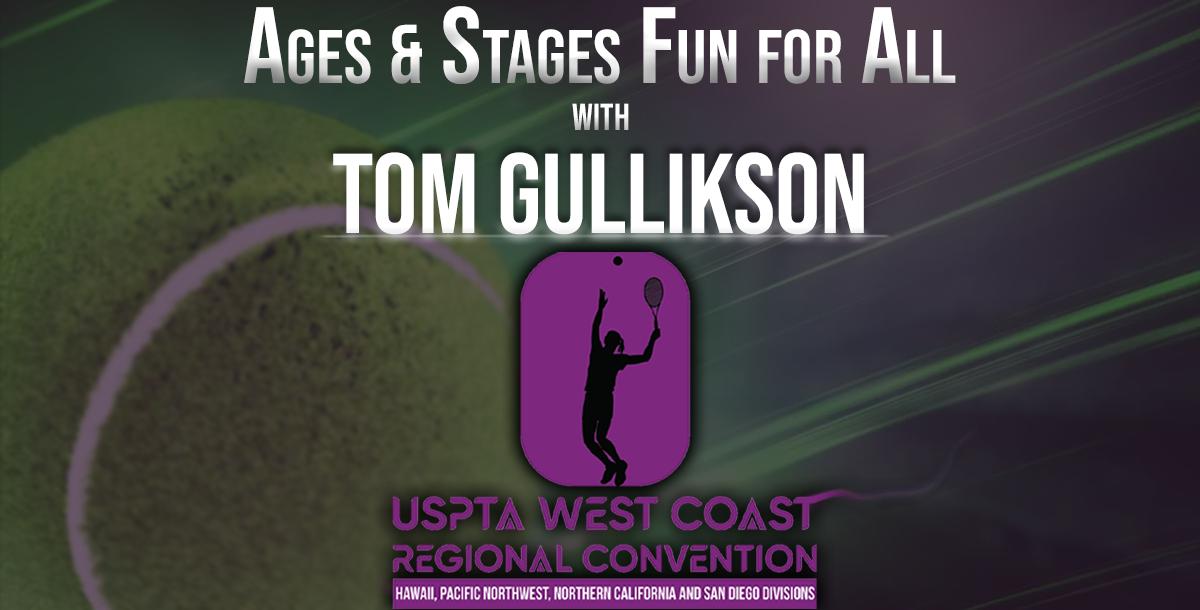 Ages & Stages Fun for All with Tom Gullikson

Tom Gullikson is a legendary player and coach who has taught Grand Slam champions and helped grow the game of tennis. Gullikson and his twin brother, Tim, played collegiate tennis together at Northern Illinois University, where they still rank as 2 of the top student-athletes at the university. At the professional level, Gullikson won 16 top-level doubles titles – 10 of them with Tim. His career-high rankings were the world’s No. 34 in singles and No. 9 in doubles, both in 1984. Gullikson earned his only Grand Slam title in 1984 at the U.S. Open, taking home the mixed doubles championship with partner Manuela Maleeva.

Gullikson became one of the original members of the USTA Player Development Program, coaching players such as Todd Martin, Jennifer Capriati, and Andy Roddick. He served as Director of Coaching for the program from 1997 to 2001. He also served as the U.S. Davis Cup Captain from 1994 to 1999. He captained the teams that won the Davis Cup in 1995 and were runners-up in 1997. In 1996, he coached the U.S. Olympic men's tennis team and guided Andre Agassi to win the Olympic Gold Medal in Atlanta. Gullikson later returned to the USTA, where he is now the lead national coach for men’s tennis with USTA Player Development. A USPTA member for more than 28 years, Gullikson has been generous with his time to share his expertise with other tennis-teaching professionals.

NEW!
Dirk Hordorff - "If you don`t improve you go back". by The Tennis Talk
Views: 9
FREE

NEW!
Andres Gómez - "You have to be ready for your moment" by The Tennis Talk
Views: 2
FREE

You just booked "Ages & Stages Fun for All"