Approach Mechanics and Training to Run Better on The Javelin Runway 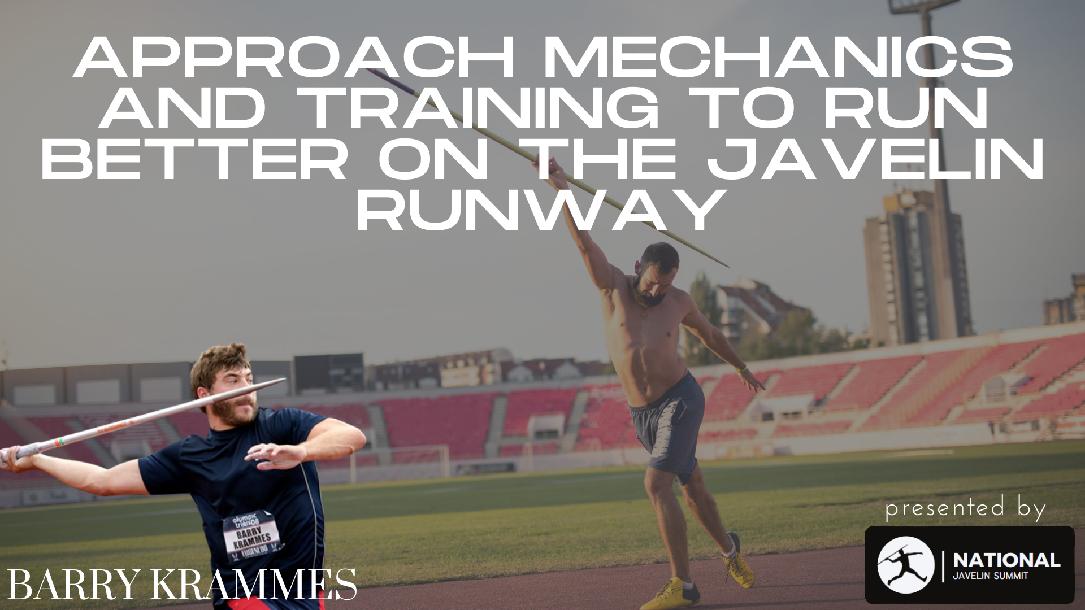 Javelin runways are up to 36 meters, which means you have just enough time and space to develop an unrivaled run. It is possible through mechanics and training. Perfecting a runway can only boost the launch and throw, ultimately affecting your score.

In this course, Coach Barry Krammes discusses how the use of mechanics can help you perfect the javelin runway. He shows various drills including how to improve efficiency and find your rhythm. The road to an impeccable runway is right here.

Simply click the ‘Book This Course’ button at the top right of this page, place your order, and you’ll immediately be logged into the training with full access. Take Coach Krammes' secrets to a perfect javelin runway today!

Two-time All-America in the javelin and competed for 10 years in domestic and international competitions, including U.S. Track & Field Championships from 2006-15.  Reached finals of 2008 and 2012 U.S. Olympic Trials.  Placed 7th in NCAA Division II Championships in 2002 and 2003 and was a three-time national qualifier.  PR of 213-0 in 2004 ranked 2nd in school history upon graduation.