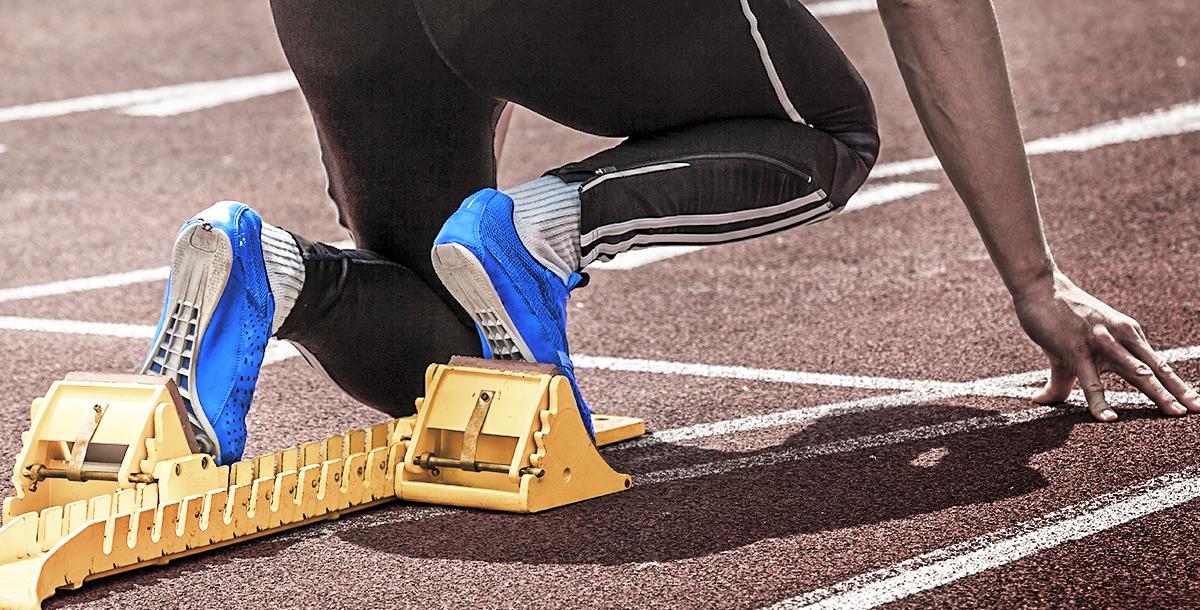 Coaching the 100 Meter Athlete vs. Coaching the 100 Meter Event points out that every athlete is different and that an argument can be made that the role of a coach is more about coaching people than an actual event. This coaching course details the three primary parameters that need to be addressed in athletes who run the 100 meters (toughness, discipline, confidence) as well as the three main athletic skills that these competitors need (acceleration, maximum velocity, speed endurance). The course also discusses the four basic phases in a 100 meter race model. In addition, the Coach Dudley offers suggestions on how coaches should handle race day. Among the topics covered:

When Mississippi State decided to revive its men's cross country program two seasons ago, MSU head track and field coach Al Schmidt asked his former pupil, Steve Dudley, to take the reigns. Under Dudley in 2004, the Bulldogs posted six top 10 finishes including back-to-back ninth-place showings at the Southeastern Conference championship and NCAA South Regional. Senior Gedamu Ege led State as the team's top finisher on four occasions. As a sophomore, Ryan Irwin won the 6K race of the MSU Short Course Invitational. In 2003, the first men's cross country season at MSU in seven years, the Bulldogs opened with a second-place showing at the Sewanee Invitational and followed with another second-place finish at the Memphis Twilight Classic. State won the Bulldog and MSU (6K) Invitationals, while taking third at the Crimson Classic. At the SEC Championships, the Maroon and White took eighth and ended the season taking 10th at the NCAA South Regional. Individually, Ege was named SEC Athlete of the Week on Oct. 27, 2004, for his performance at the MSU Invitational. Chris Boldt garnered CoSIDA Academic all-District honors for his work in the classroom. In two seasons, Dudley's squads have posted two team wins and 15 top 10 finishes. Twenty-four MSU athletes have finished in the top 10 individually during the span. Prior to returning to his alma mater, Dudley helped rebuild the Bevill State cross country program into a power in the NJCAA. Both the men's and women's squads captured the Region 22 title in 1999, with the men's team going on to finish seventh nationally. The Bears also won the 1998 Region 22 title en route to a third-place national showing. Before entering the coaching ranks, Dudley served as a captain for MSU's track team from 1991 to 1995. While at State, he was named to the SEC Academic Honor Roll for three years (1993-1995). A native of Hamilton, Ala., Dudley currently ranks fifth on MSU's all-time superlatives list in two categories ?? the indoor 5000-meter run and the outdoor 10,000-meter run.

Progression in Training and Racing Strategy by Kerri Gallagher
Views: 883
$12.99