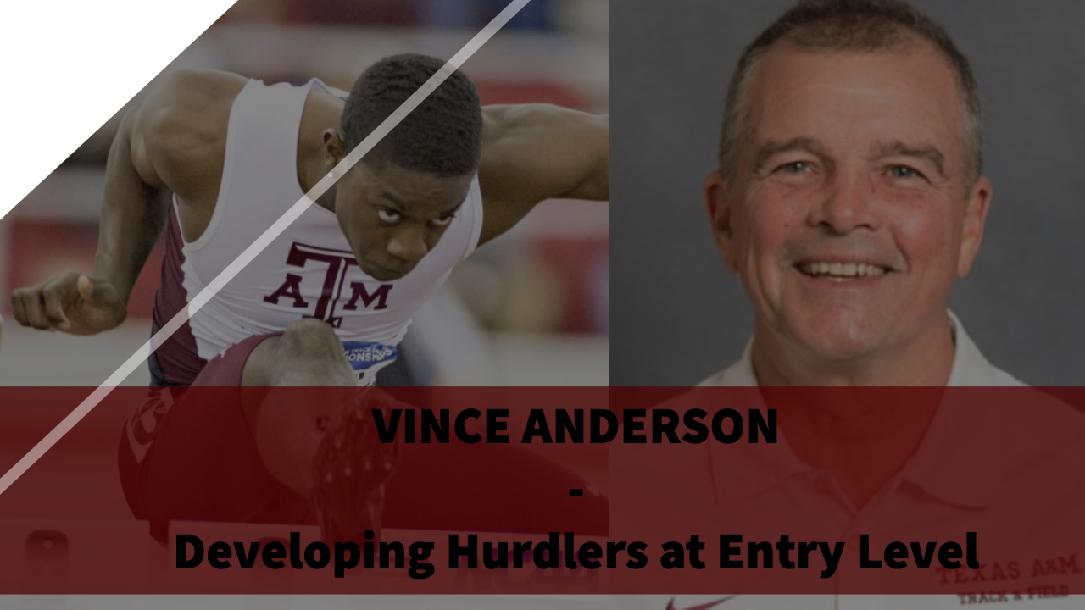 Do you want to know what the greatest track coaches in the world are doing when it comes to coaching the hurdles?

In this course, Coach Anderson dives deep and hits on some of the most important points when it comes to coaching the hurdles.

Majority of coaches are coaching the hurdles all wrong. Here you will learn how to train the hurdles correctly, speed development, sprint training, hurdle training, contrast training, and much more.

Train for the future, not just the present.

Vince Anderson is entering his 34th year of collegiate coaching this season. He is starting his 15th year at Texas A&M, where he has trained men and women hurdlers and women’s sprinters since 2005.

Before coaching at Texas A&M, Anderson coached 16 balanced years at the University of Tennessee. Starting at Tennessee in the summer of 1988, Anderson first trained women’s sprints and hurdles for eight years, then followed with an eight year stint as the men’s sprints, hurdles and jumps coach, through the 2004 season.
Anderson began coaching as a completely inexperienced volunteer assistant on the staff of Tom Tellez at the University of Houston, from 1986 through 1988. During those three invaluable seasons at UH, Anderson was blessed to witness the training of several champions, through the 1988 Olympic Trials.

Anderson has trained NCAA champions in every sprint, hurdle and relay event – a feat it took him 29 coaching years to accomplish. Anderson is grateful to have assisted nine NCAA Outdoor Championship teams – eight at Texas A&M and one at Tennessee. Anderson also assisted on two NCAA Indoor championship squads, the first at Tennessee in 2002 and then at Texas A&M in 2017

This is the best entry-level hurdles course I've found to this point. Great for all levels!