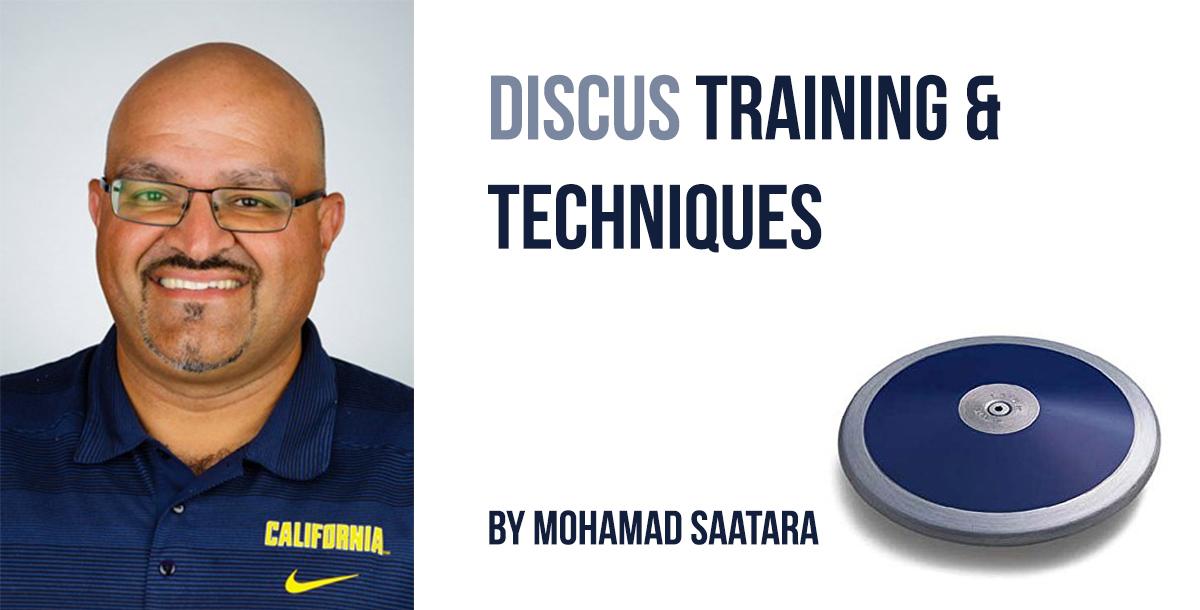 Learn from top Track & Field coach Mohamad Saatara from the University of California shows you exactly what you need to know to have a successful season coaching your throwers.

Mohamad Saatara is in his third season (2011-13) as an assistant coach for the University of Michigan men[apos]s track and field team, where he oversees all field events, specializing in the throwing events.

Most notably, under Saatara[apos]s direction, five new school records were set during the 2013 season. Junior/sophomore Cody Riffle set new standards in the indoor (19.25 meters, 63-2) and outdoor (18.8 meters, 61-3.5) shot put. Senior/junior Ethan Dennis set a new weight throw record (21.20 meters, 69-6.75) and improved upon his own hammer throw record (64.98 meters, 213-2), which he set in 2012. At the Big Ten Outdoor Championships, Saatara helped decathlete Kurt Reichenbach finish third with a school-record setting total of 7,412 points, and become the first decathlete to advance to the NCAA Championships since 2010.

In 2012, Saatara helped guide Dennis to All-America second team honors at the NCAA Indoor Championships in the weight throw and All-Big Ten second team recognition in the hammer throw at the Big Ten Outdoor Championships. Dennis improved his hammer throw mark by more than 14 inches from his redshirt-freshman season, to earn the team[apos]s Most Improved Athlete award.

In the summer of 2008, three of Saatara[apos]s athletes competed at the Olympic Games in Beijing. Amin Nikfar, a volunteer assistant at Northern Arizona who trained under Saatara for two years, set the Iranian national outdoor record and qualified for the shot put. Former student-athlete Georgina Toth qualified in the hammer throw, and Zara Northover (Jamaica) made it to Beijing to compete in the shot put.

Some of his additional prominent athletes include Jeremy Hoff, a former walk-on who represented Northern Arizona at two consecutive NCAA Outdoor National Championships in 2003 and 2004; Karim Chester, an All-American in the weight throw; and Dana Posey, who currently holds the UNA school record for the hammer throw. At the NCAA Division II level, Saatara guided Nicole Duncan to national titles in the 100m, 200m and long jump.

An avid clinician, he has coached at the Ironwood throws camp in Spokane, Wash., and in 2009, he was also invited to the USATF Podium clinic in Las Vegas. He has presented at the 2008 USATF Super Clinic, held in conjunction with the USATF Olympic Trials, the Arizona Track Coaches Association, and the National Throws Coaches Association. He also organized the NAU Track and Field Coaching Seminars.

Saatara came to NAU after a stint at his alma mater, Cal State Los Angeles, where he served as the interim head coach for the program. He is a former All-American at CSULA, setting the Iranian national record in the weight throw in 1997 with a toss of 20.06 meters (65 feet, 9 inches). He finished second in the hammer throw at the 1995 Division II national championships. Saatara is a USA Track and Field Level II certified coach.

Explains that style matters to the individual. Each thrower has innate abilities and differentiating the instruction allows the athelete to grow at a faster pace. He explains this point really well.