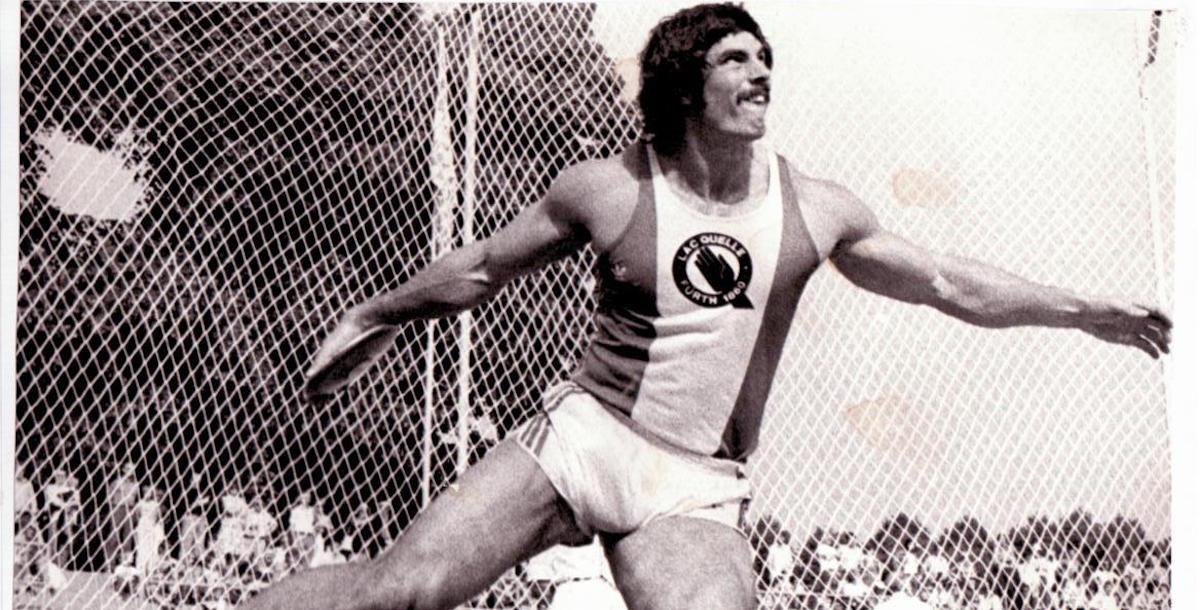 These drills will help the throwers...
Connect their hips to the implement
Move their hips & implement with RHYTHM

Some of the videos show throwers being led through learning progressions, changing their positions gradually until it all clicks.

SHOT PUT AND DISCUS
The rotational shot and discus are very similar in positions at the back of the circle.
There are some distinct differences however, in the timing due to the heavier wieght and shorter radius of the path of the shot.
This course will only focus on the similarities between the two.

He currently lives in the San Diego area.

Great instruction and videos for throwers.

This is an outstanding resource for really learning how to throw the discus.....for beginners or experienced throwers. The level of detail presented and explained in the form of videos, discussion, pictures and presentations is remarkable and explicit. If you are looking to make significant improvements in your distances...this will get you there if you put in the work, really study the positions you need to get into and the "feel" as you perform the drills. It is all laid out extremely well. Mac "Knows" the discus and is providing an opportunity that you won't find in other videos or at camps.

This is one of the best explanations I have seen on how to come out of the back of the ring on rotational throws. Proper movement out of the back of the ring is one of the most difficult things to teach in the rotational throws. Mac does an exceptional job showing drills and teaching concepts to help athletes master this difficult movement. I highly recommend this video. Mac was not only a great thrower but he is also a great coach.